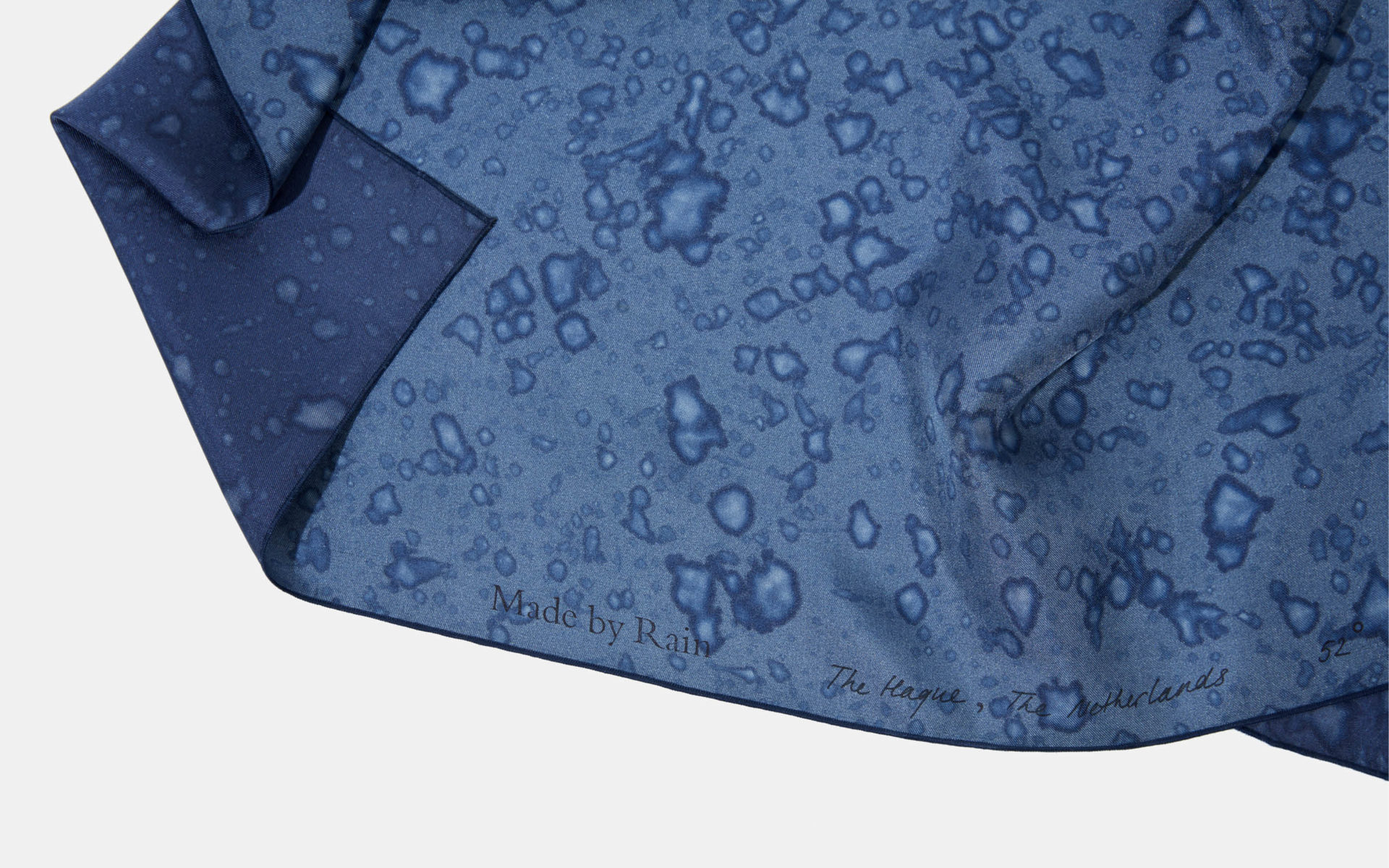 Rain is formed as liquid water droplets, that have condensed and become heavy, fall to the ground due to gravity. It is a crucial part to our planet as it is one of the only sources of fresh water, and animal cells are made up of 90% water, therefore without it most life would not exist. 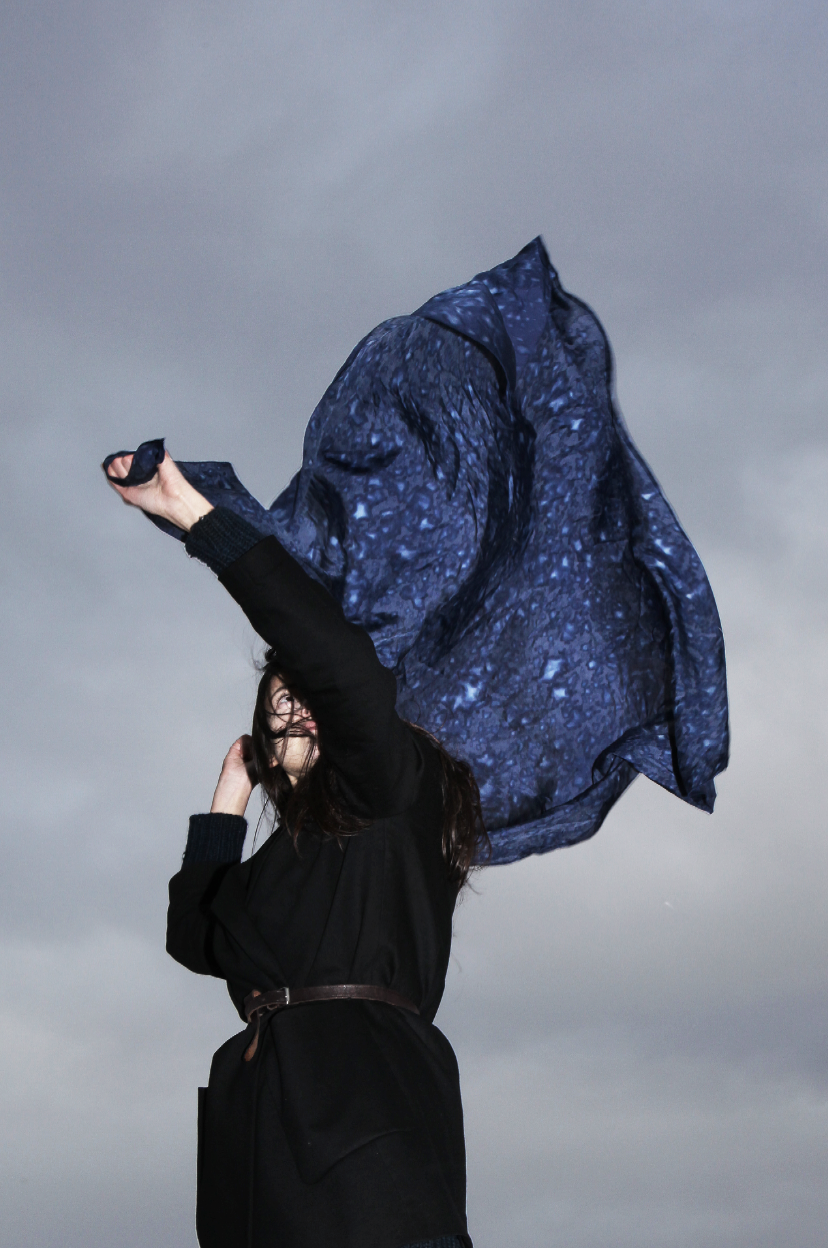 Designer Aliki van der Kruijs questions and imagines the relationship between people, nature, colour and space. Crafts are combined with her deep interest in Earth science such as meteorology, pedology (soil science) and oceanography. Her work ‘Made by Rain’ looks at how we can wear the weather through textiles that register rainfall within specific locations. 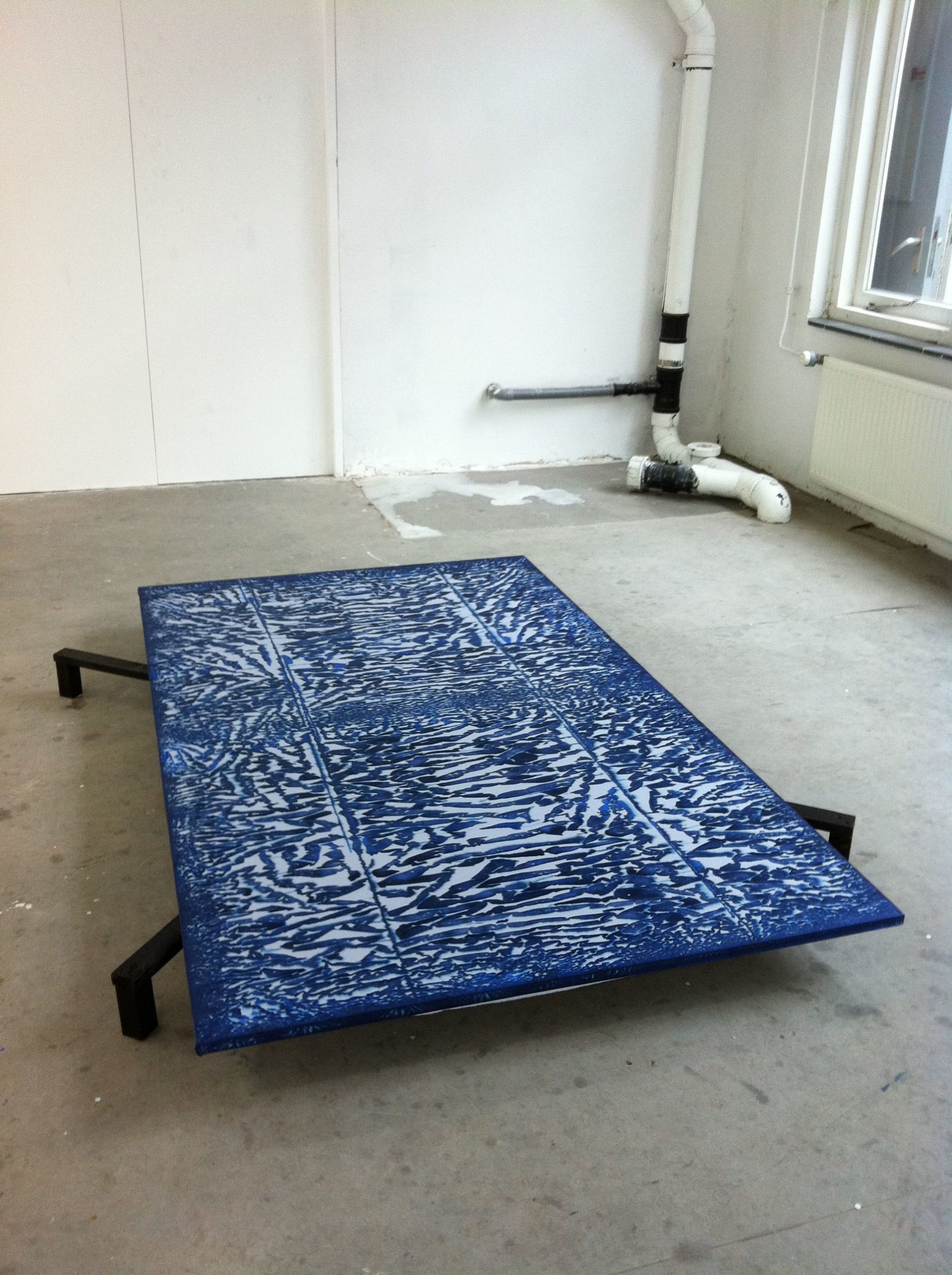 Kruijs developed her own technique called ‘‘pluviagraphy’ which captures photographic recordings of rain precipitations on textiles which have been made with a coating that is sensitive to water. Her findings are also compiled into a book which has a visual representation of how precipitation intensity has increased due to climate change. 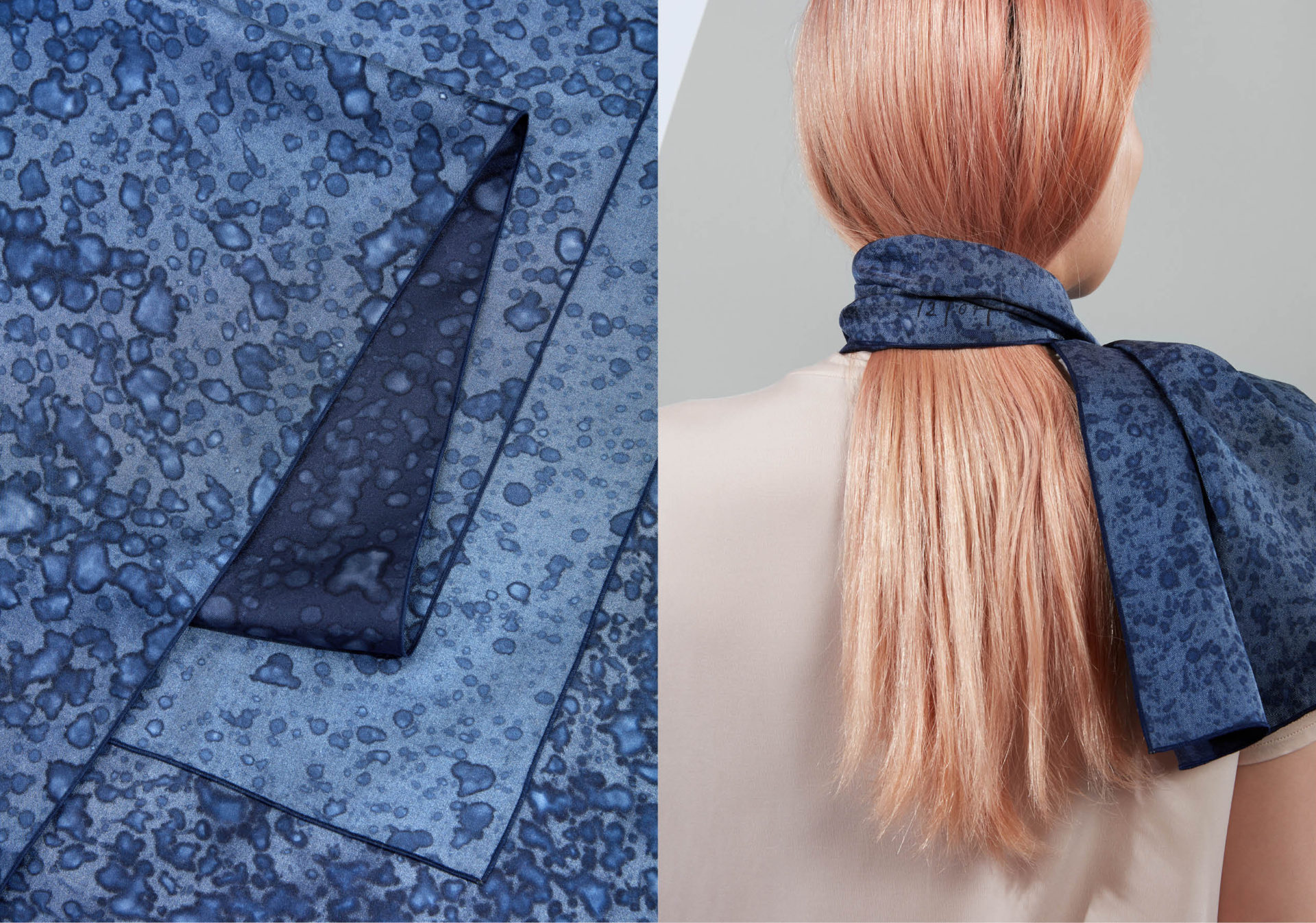 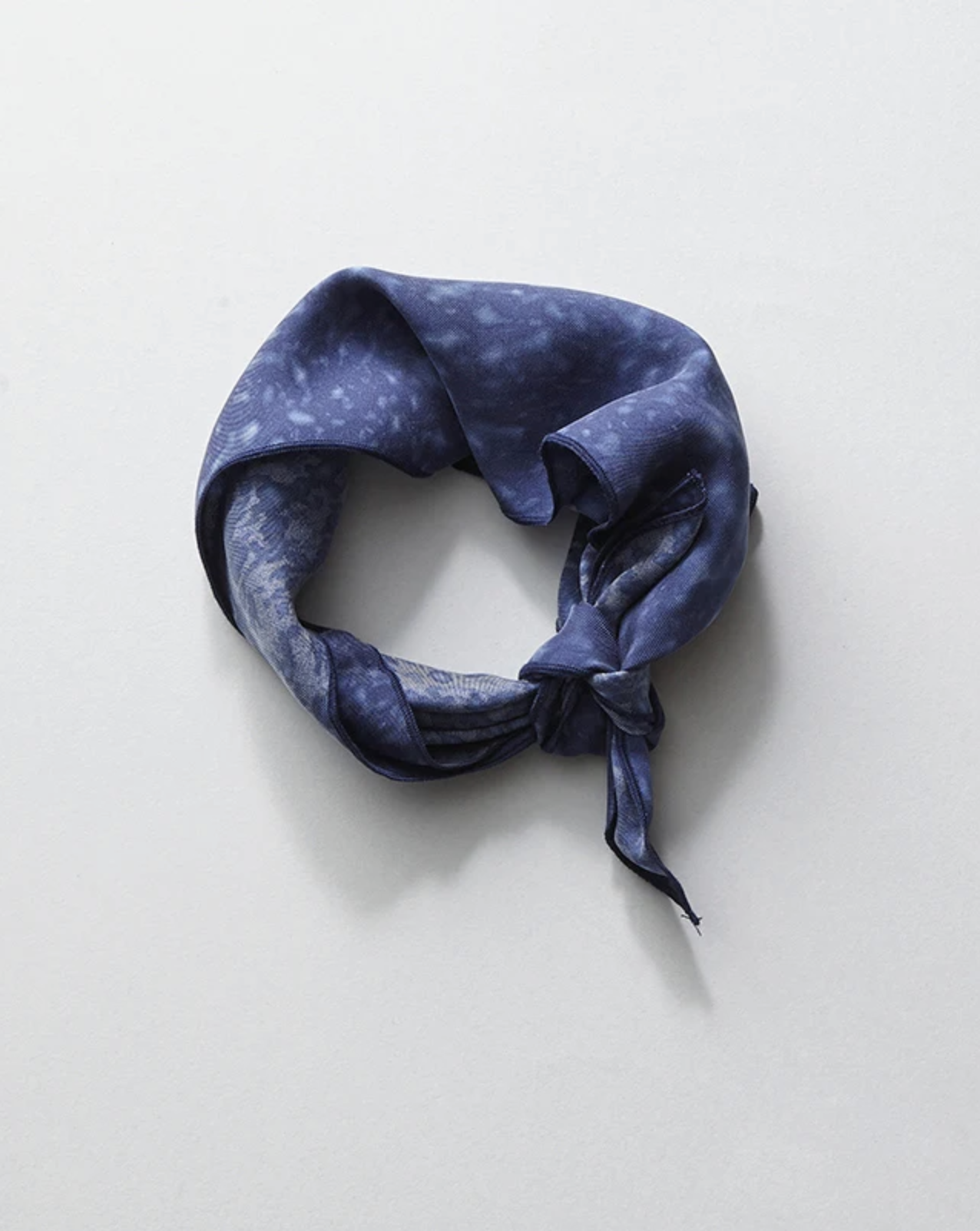 We have created a candle called Pluviophile, meaning lover of rain. The Haeckels Rain Candle is created from Petrichor, which is the scent of rain on dry earth, or the scent of dust after rain. The word is constructed from greek, petros, meaning ‘stone’ + ichor, the fluid that flows in the veins of the gods in Greek mythology. 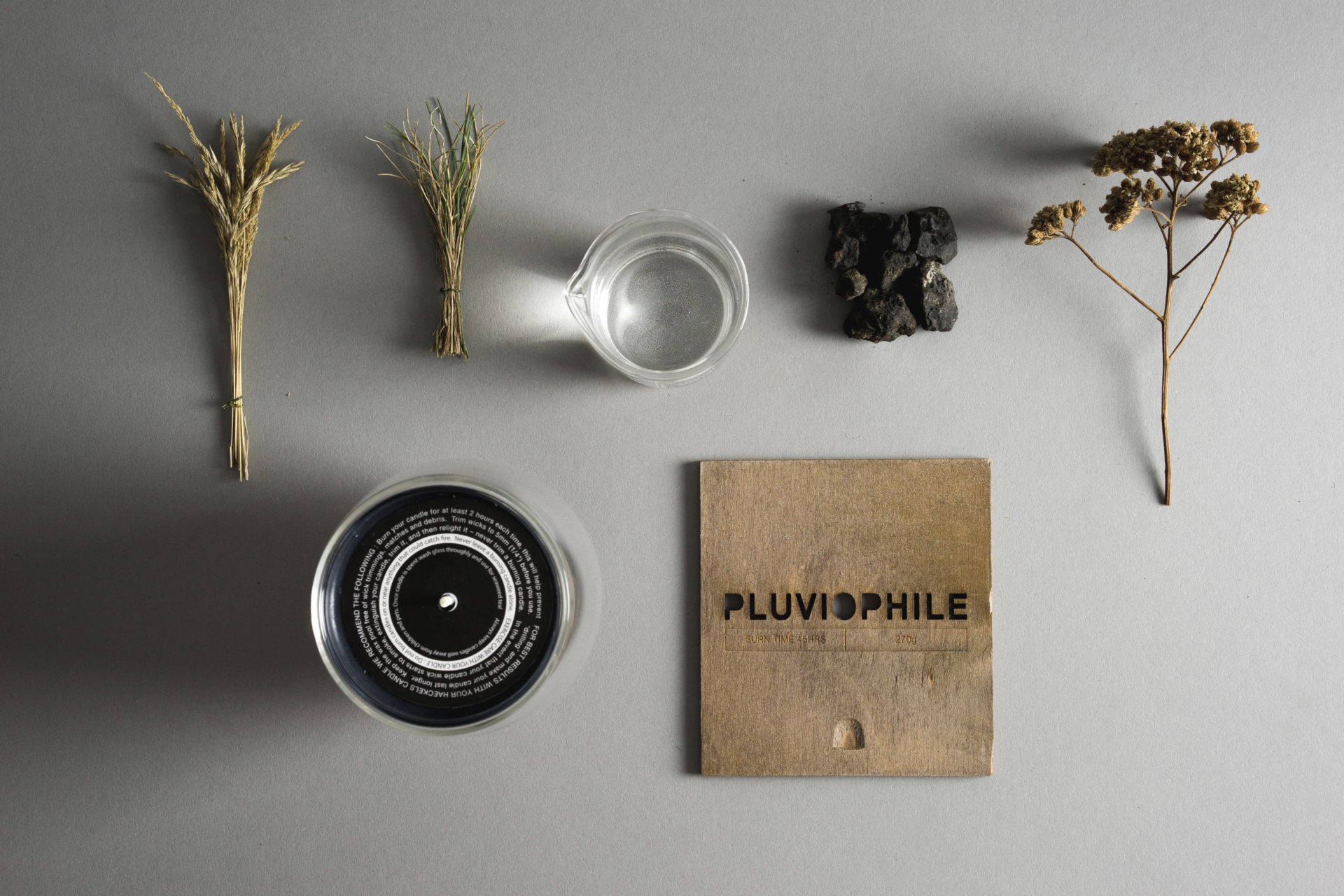 It is defined as “the distinctive scent which accompanies the first rain after a long warm dry spell”. The black candle is distilled from crushed sea shells, rainwater, earth, seawater, concrete particles and fused with Geosmin which is an organic compound with a distinct earthy aroma produced by certain bacteria. It is one of the main contributors to the petrichor scent. 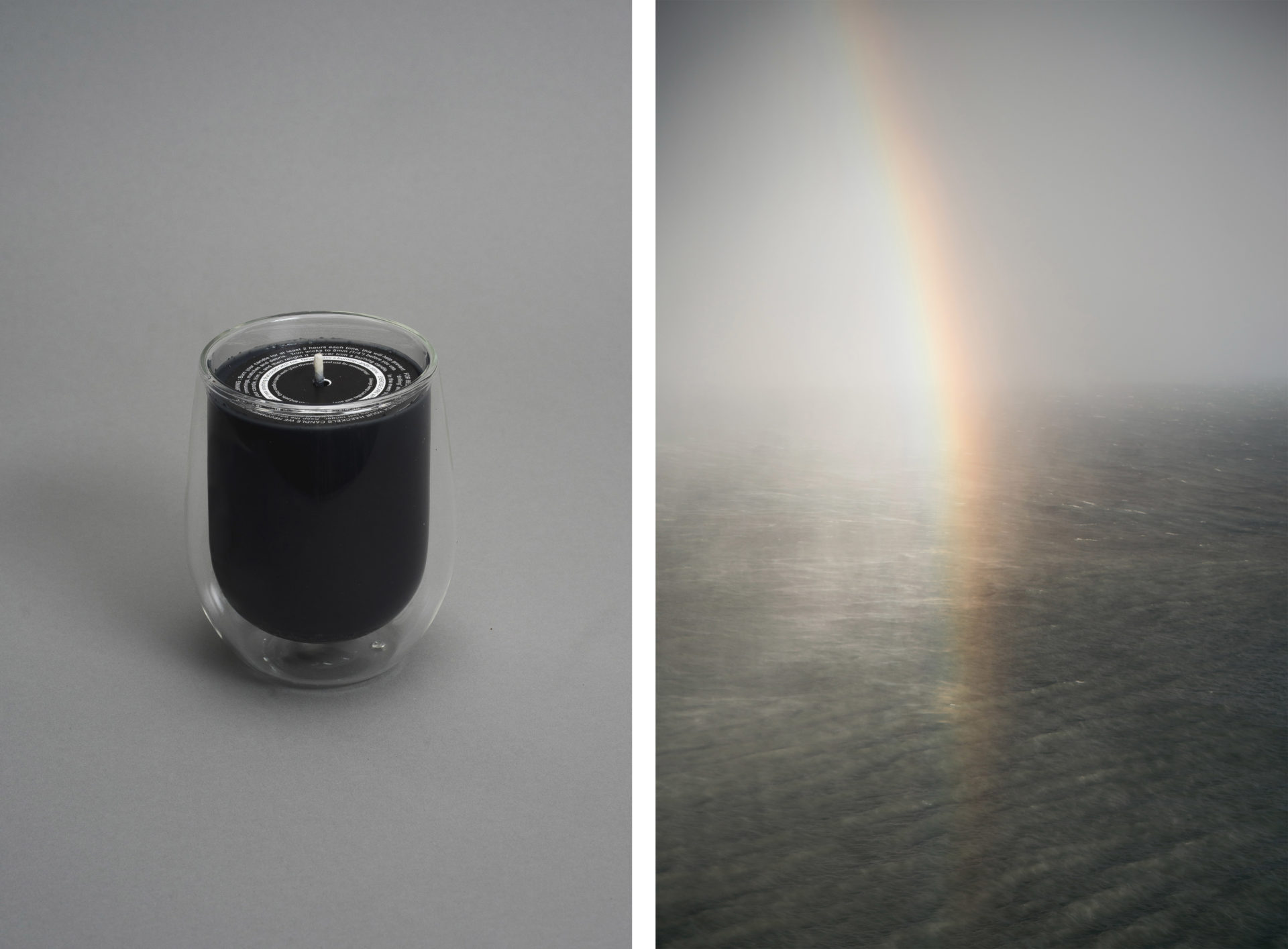