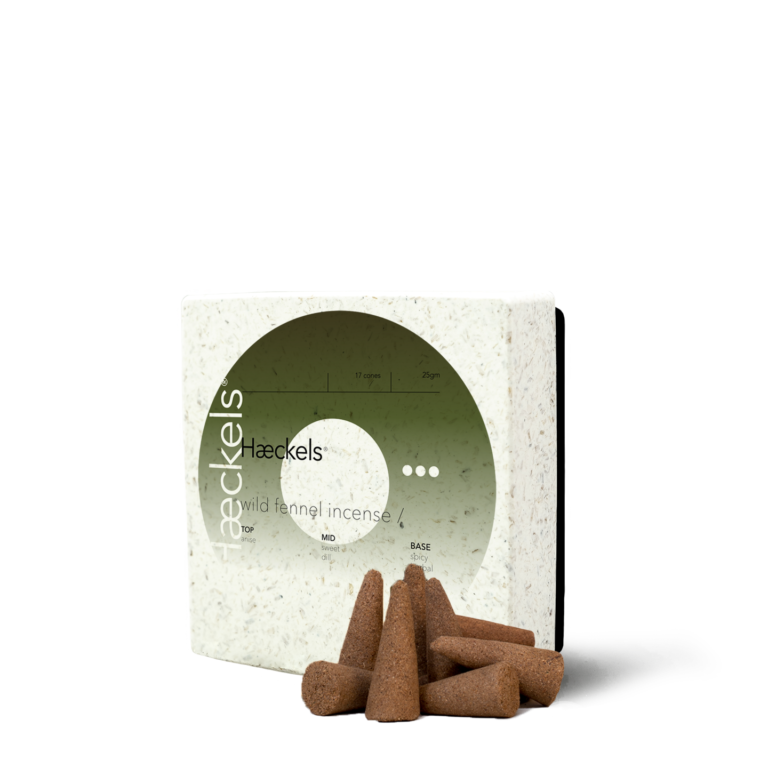 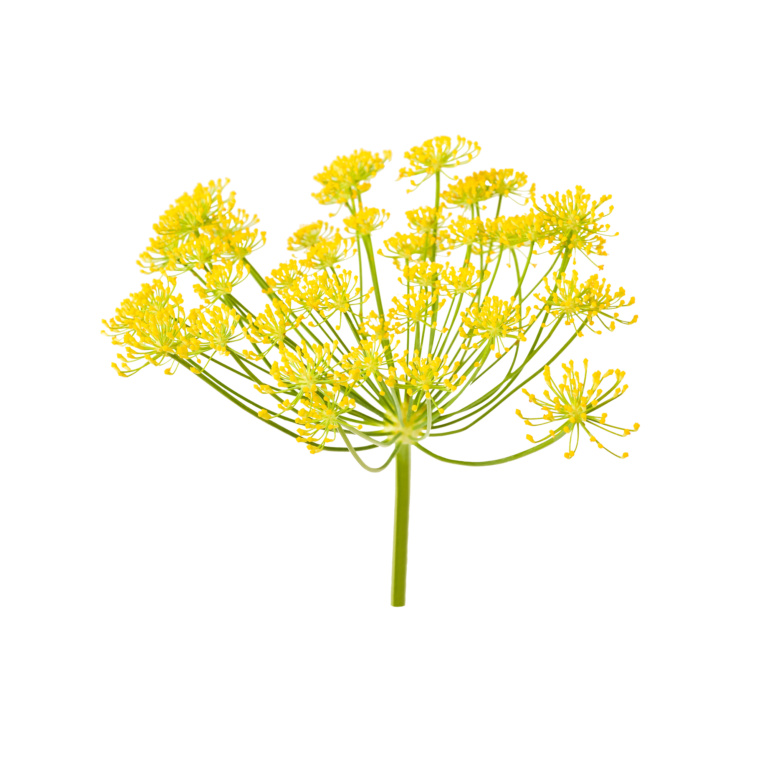 Fennel is a flowering perennial of the Apiaceae genus with a sweet, resinous scent that is often confused with aniseed. Traditionally used as an insect repellent, it is also a component of Royal Wedding bouquets and is used in perfumery and as a food ingredient. In Europe, it was much used in a mixture called gruit as a flavouring for beer from the Middle Ages to the 16th century but has fallen into disuse after hops became more widely available.

Light the end of the cone and burn for around 15 seconds blowing the ember until red hot, place in the heart of your home in either a hallway or a landing to allow the fragrant smoke to disperse. Use the coin or a heat proof surface to burn each cone on. Burning time: 15 min approx. Scent longevity: 2-4 hours (in a medium size room)

Burns perfectly with our incense burner.