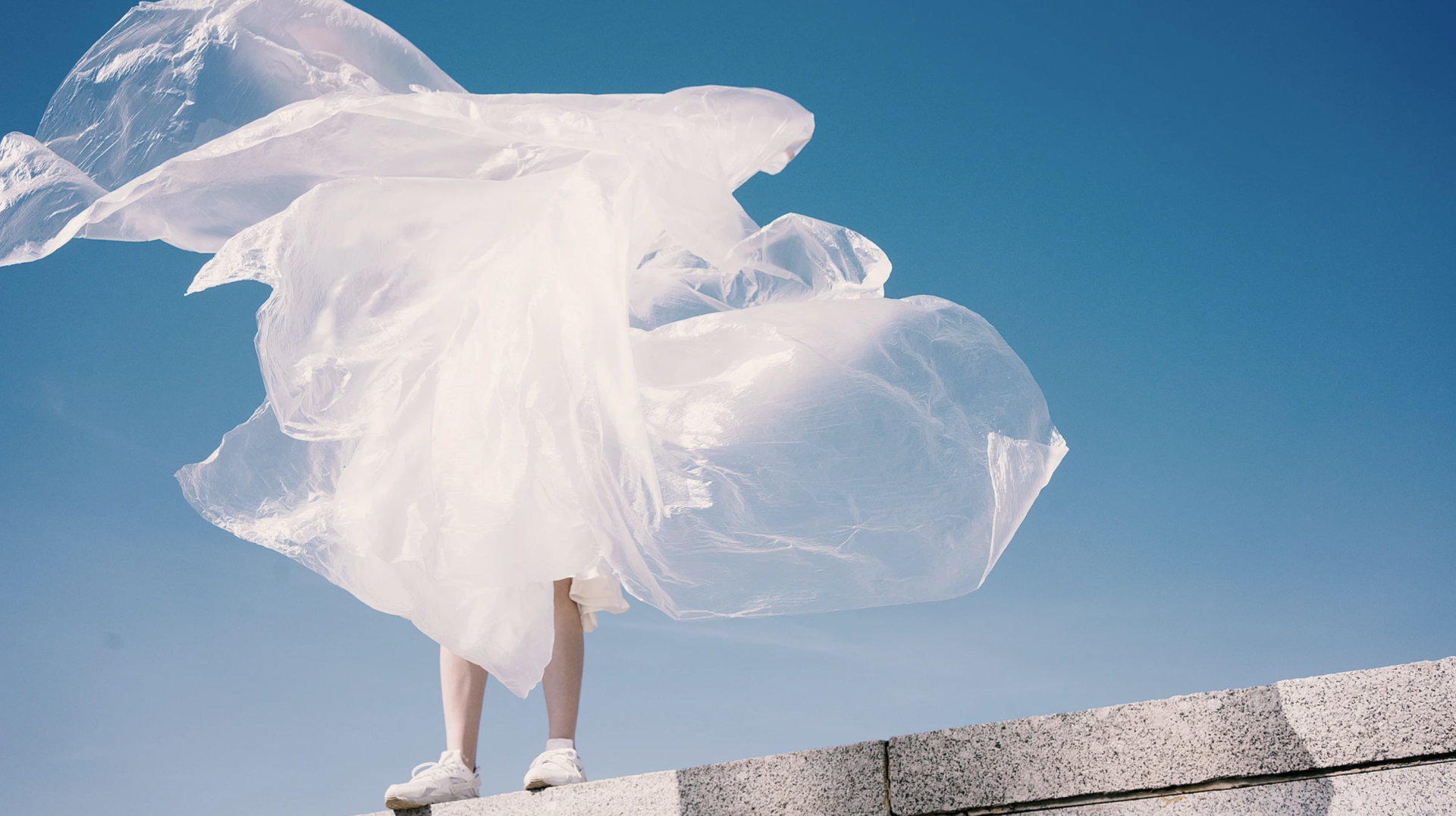 This year “biomaterial” was presented as the Material of 2019 at London Design Festival. But what actually classes something as a biomaterial and in particular a bioplastic, and how can we begin to formally identify these materials as this field grows? Due to the newness of bioplastics, within the field of biodesign and material science, it is difficult to determine whether what is being created is actually sustainable.

Many bioplastics are produced as one off pieces of work, mainly by students or up and coming designers. Therefore these projects generally can be seen as speculative and need further testing.

Statements such as ‘biodegradable’ are used to describe the material, even though this may not proven. Also, even though something is described as ‘compostable’ it does not mean you are able to just throw it into your garden. Instead these bioplastics may need to be broken down in an industrial composter. But the UK currently has little infrastructure in place to do this, so the bioplastics could go to landfill instead.

So what is a Bioplastic?

Bioplastics are usually made using polymers derived from plant-based sources such as starch, cellulose, or lignin. Some designers have used materials such as algae, as seen by Eric Klarenbeek who has created a filament for a 3D printer from it.

If a product is correctly labelled as biodegradable it means that it can be broken down in water, biomass, and gasses such as carbon dioxide and methane. But this can depend on the conditions in which the product is degrading. Factors such as temperature, humidity, oxygen and the microorganisms present all affect biodegradability. It is therefore difficult to determine the length of time taken to properly degrade.

Researchers from the University of Plymouth recently found that shopping bags made from plastic described as “biodegradable” could still be in the same condition after three years in the ocean. Therefore this still gives a large amount of time for these plastics to cause harm to ocean animals. However, compostable plastics are break down safely into water, biomass and gasses under composting conditions, but still the time is difficult to determine.

Although these new standards may seem like a step back from innovation and something that may put consumers off these more environmentally friendly alternatives, this actually paves a huge step forward in the development of bioplastics. By creating guidelines consumers will be able to make more informed choices, and greenwashing will become something of the past.

Please continue to use the more eco friendly alternatives as they are still incomparably better than plastics and other non environmentally friendly materials. But in order to truly be better we must know what we are using and what impact it has. Which, thanks to new guidelines and standards, is coming very soon. Thus making biomaterials something that will be seen as norm. 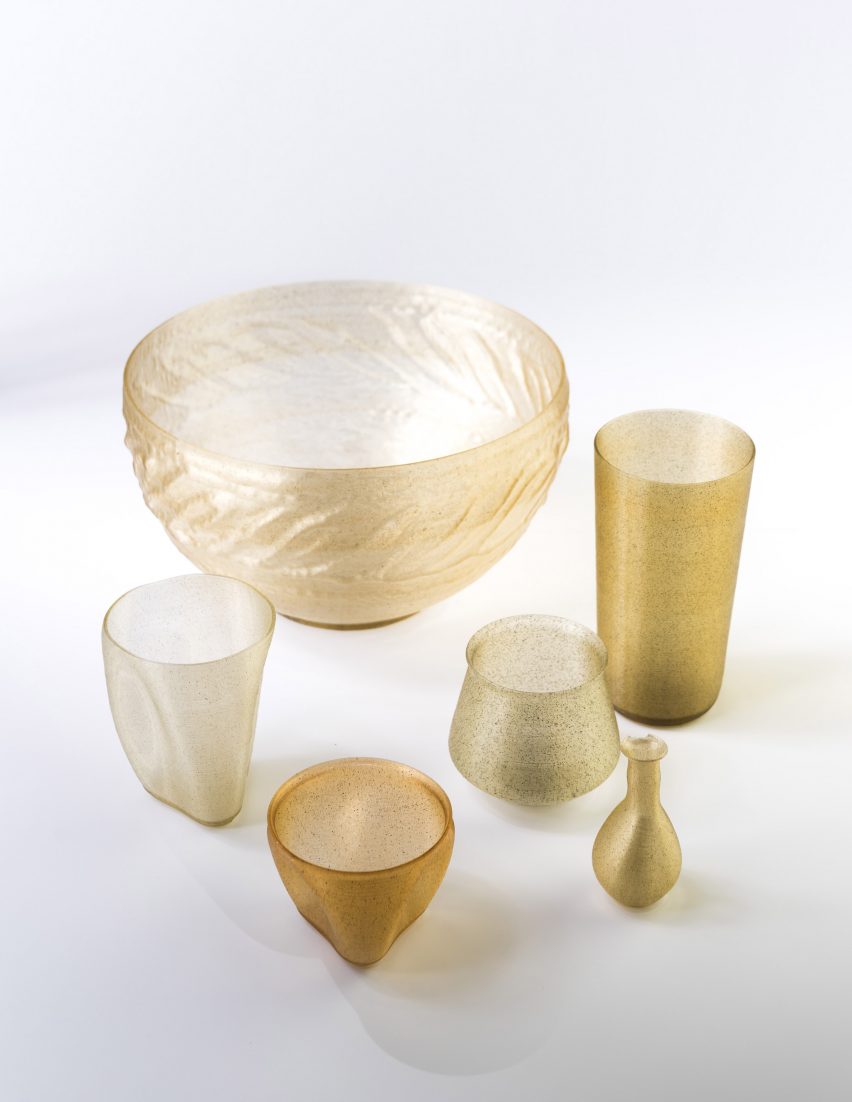 Designer Lucy Hughes has used fish waste to create a compostable plastic, called MarinaTex, which has won this year’s UK James Dyson Award. The material uses fish scales and fish skin that is usually a waste product that would usually be put into landfill or incinerated. The UK Sea Fish Industry Authority calculates that as a country the UK produces nearly 500,000 tonnes of waste annually through fish processing, and that the waste from just one Atlantic cod is enough to produce 1,400 MarinaTex bags.

The material itself is translucent and flexible, similar to the plastics used for single-use packaging such as bags and sandwich wrappers. It is also strong, and has a higher tensile strength than LDPE (low-density polyethylene). Unlike other bioplastics this material will break down in home composts or food-waste bins within four to six weeks. It also does not require the establishment of waste infrastructure for its proper disposal. In fact, due to the materials used it could actually be used as a positive edition to nature, such as for water retention and nutrients. 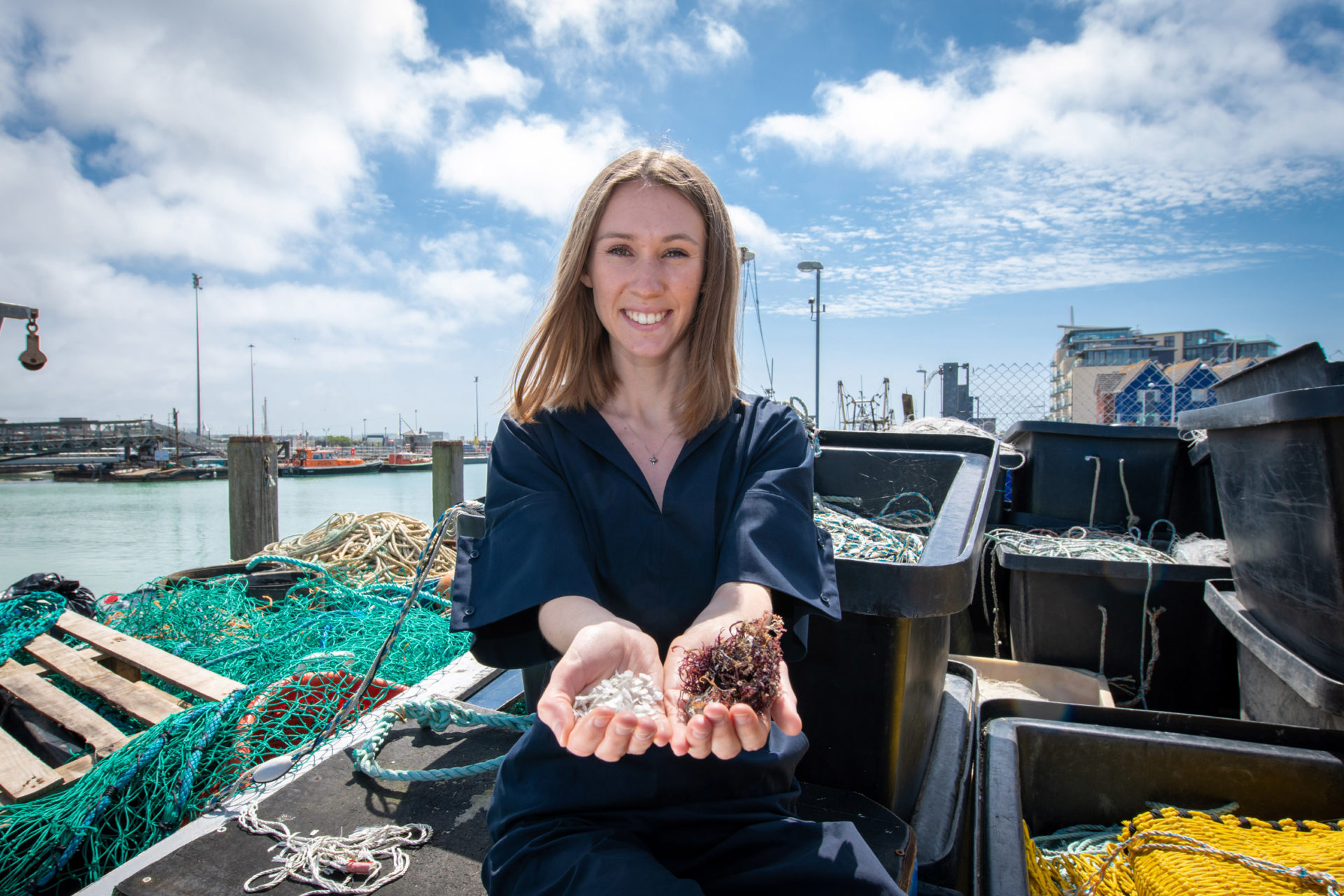 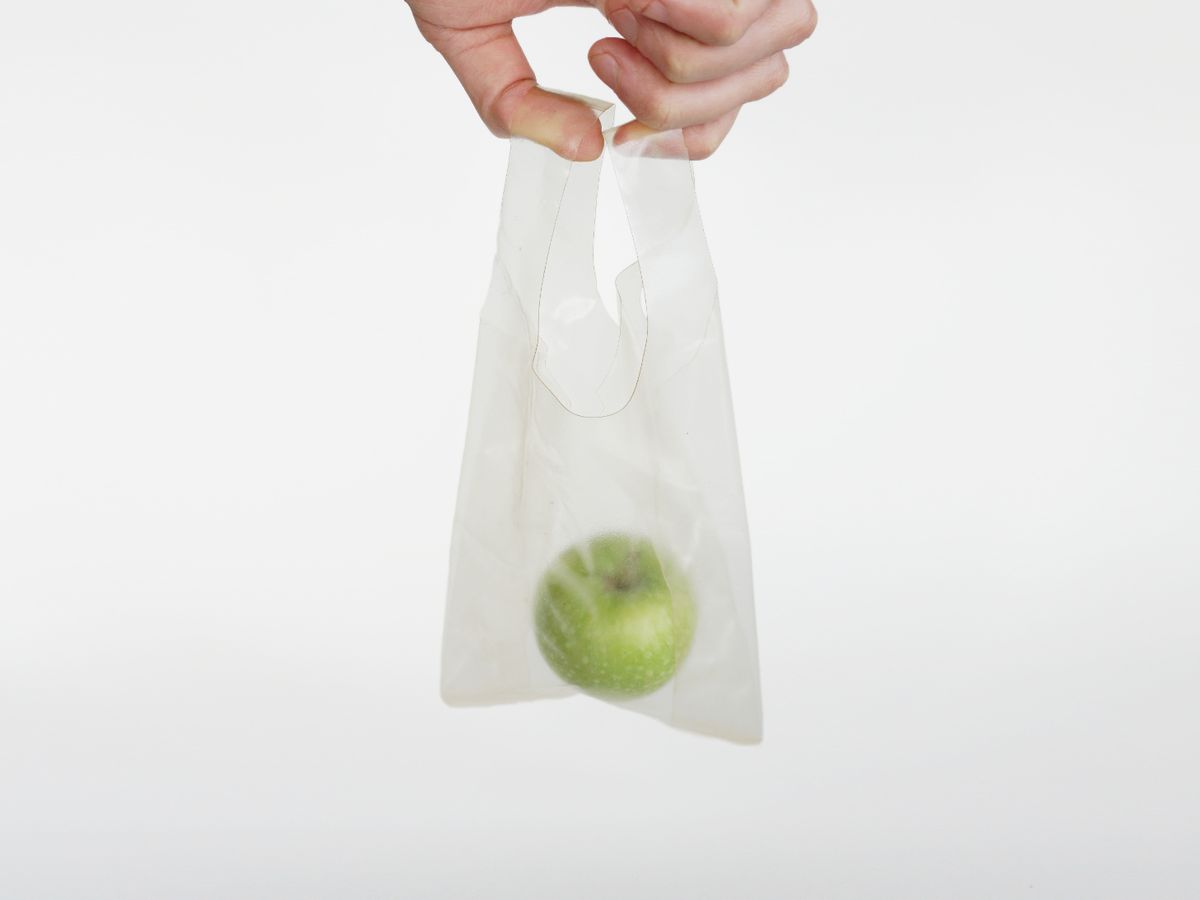 Utilising a waste product that is of natural and harmless origin is extremely eco friendly. Also as this material degrades within a short amount of time, meaning that it will cause no damage to wildlife. London based company Chip[s] Board, utilise waste from the potato industry to make a bioplastic. Only the parts that aren’t wanted are used, such as the peel, to make the sheet material.

Questioning the materials we use is important to truly understand their impact. Although utilising this waste material is hugely important, does this mean that vegetarians or vegans will not use the products. However, we must remember that any step forward is positive, and for fish/seafood eaters to utilise every aspect of their food is much more eco friendly as humans will then begin to work within closed loops. 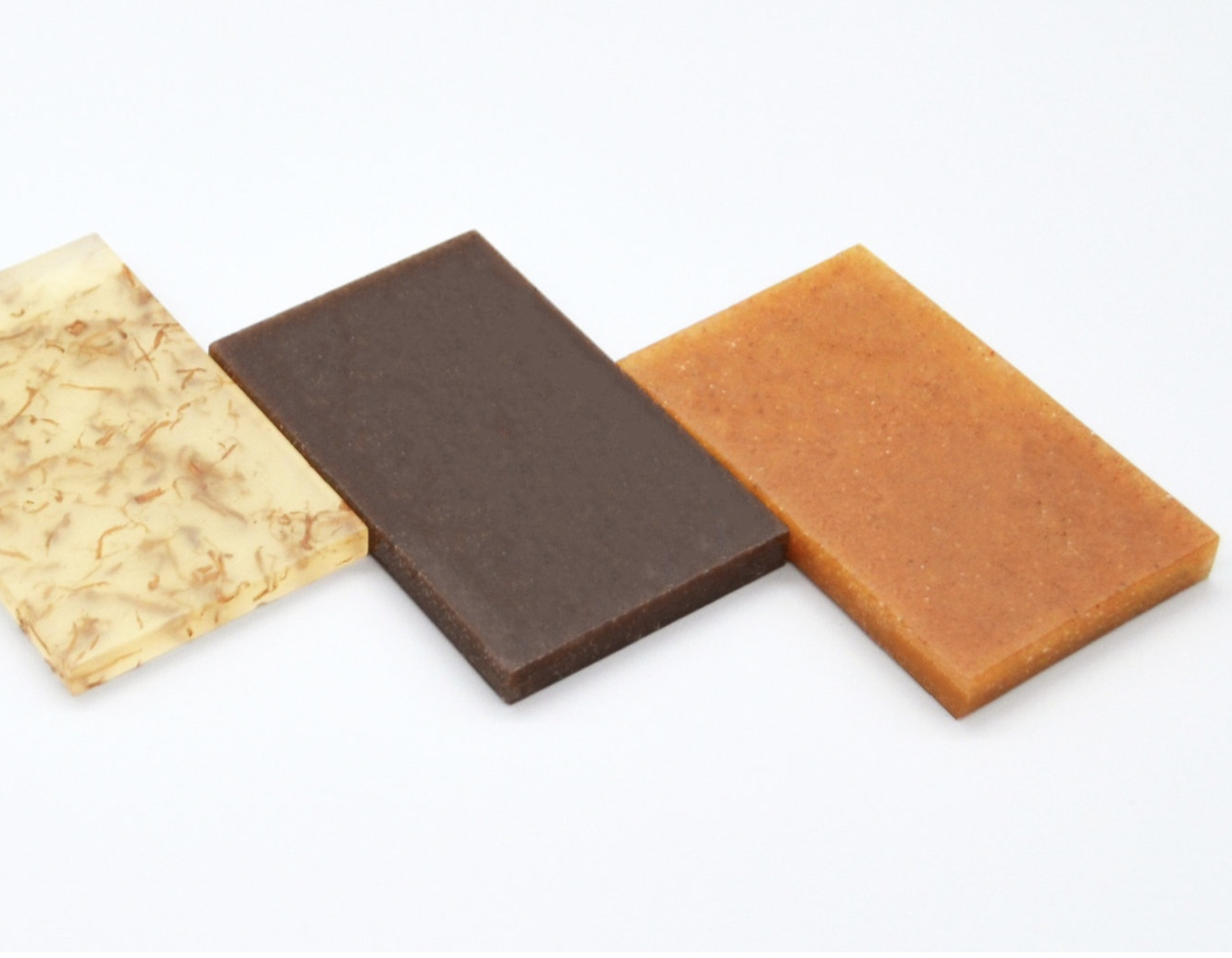