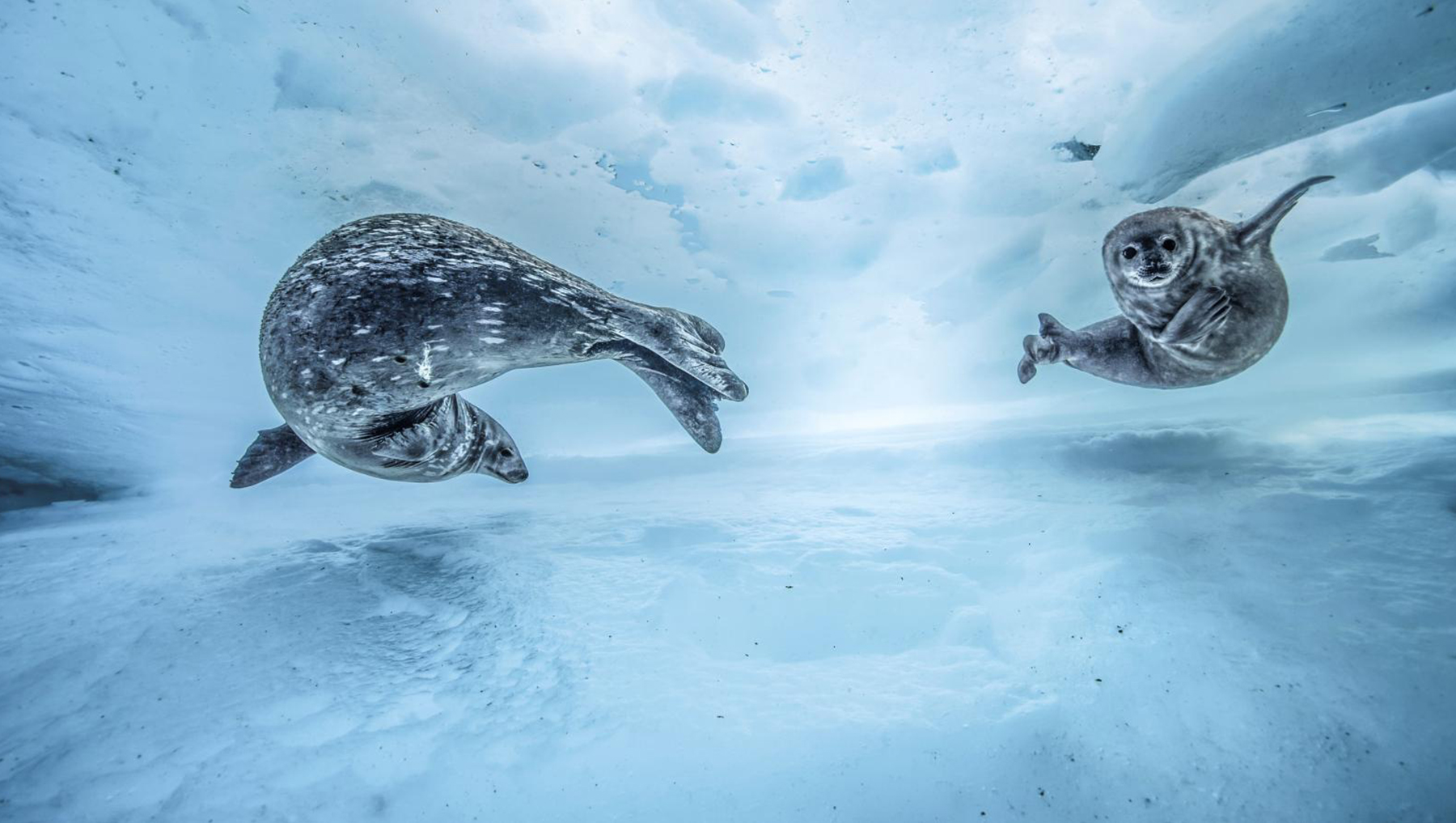 Story and Photography by Laurent Ballesta

In the morning, when we arrive on foot from Dumont d’Urville, the French scientific base on the Adélie Coast of East Antarctica, we have to break up a thin layer of ice that has formed over the hole we drilled the day before. The hole goes right through the 10-foot-thick ice floe. It’s just wide enough for a man, and below it lies the sea. We’ve never tried to dive through such a small opening. I go first.

Pushing and pulling with hands, knees, heels, and the tips of my swim fins, I shimmy through the hole. As I plunge at last into the icy water, I look back—to a sickening sight. The hole has already begun to close behind me.

The bottom surface of the sea ice is a thick slurry of floating ice crystals, and my descent has set them in motion. They’re converging on the hole as if it were an upside-down drain. By the time I thrust one arm into the icy mush, it’s three feet thick. Grabbing the safety rope, I pull myself up inch by inch, but my shoulders get stuck. Suddenly I’m stunned by a sharp blow to the head: Cédric Gentil, one of my dive buddies, is trying to dig me out, and his shovel has struck my skull. Finally a hand grabs mine and hauls me into the air. Today’s dive is over—but it’s only one of 32. 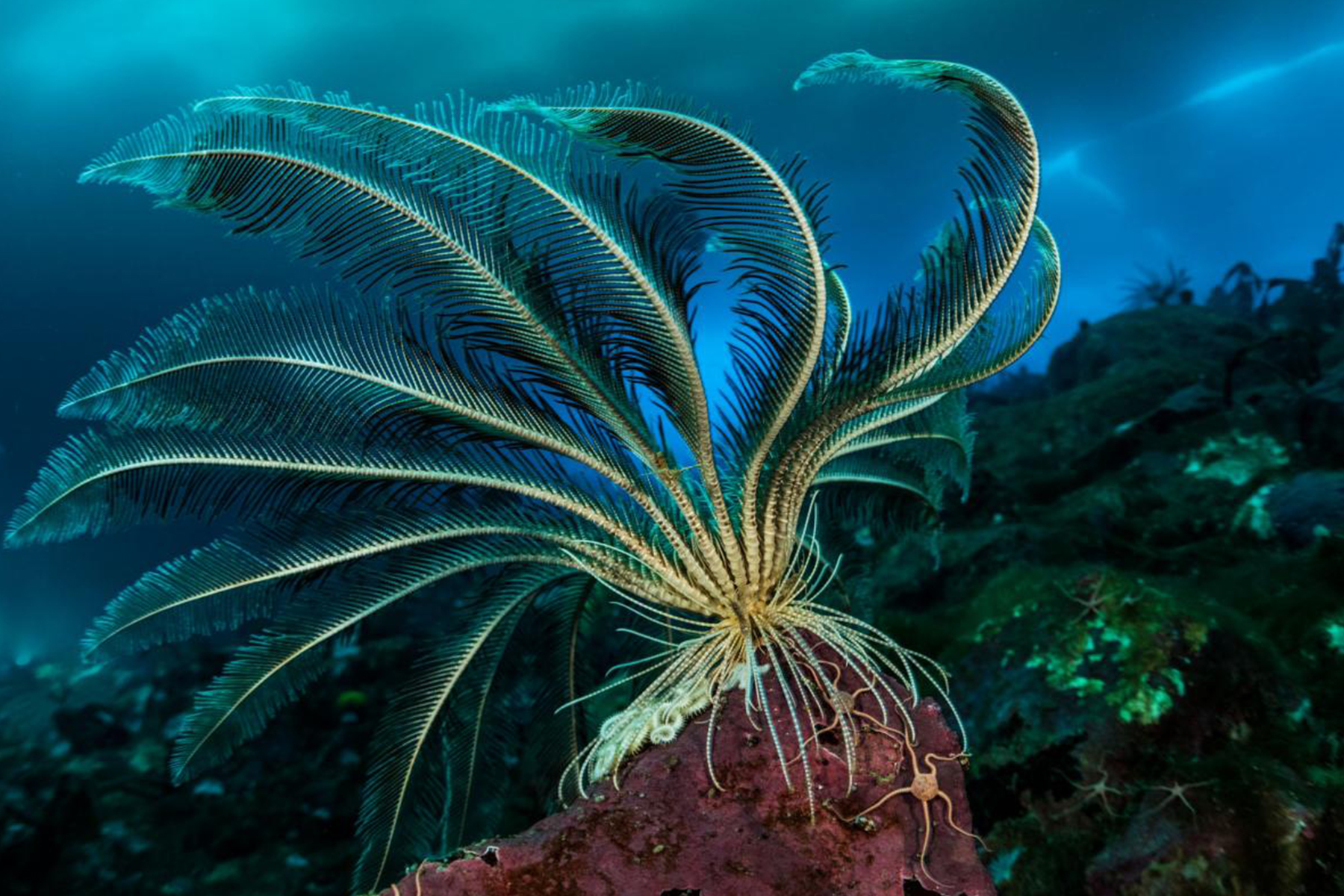 I’ve worked for decades as a deep-diving photographer, at first in the Mediterranean Sea, where I learned to dive 30 years ago. Later, a craving for new mysteries took me elsewhere. I’ve dived to 400 feet off South Africa to photograph rare coelacanths, and for 24 straight hours off Fakarava, in French Polynesia, to witness the mating of 17,000 groupers. But this expedition to Antarctica is unlike any other. Here we’ll be diving deeper than anyone has dived before under Antarctic ice—and the conditions will be beyond harsh. 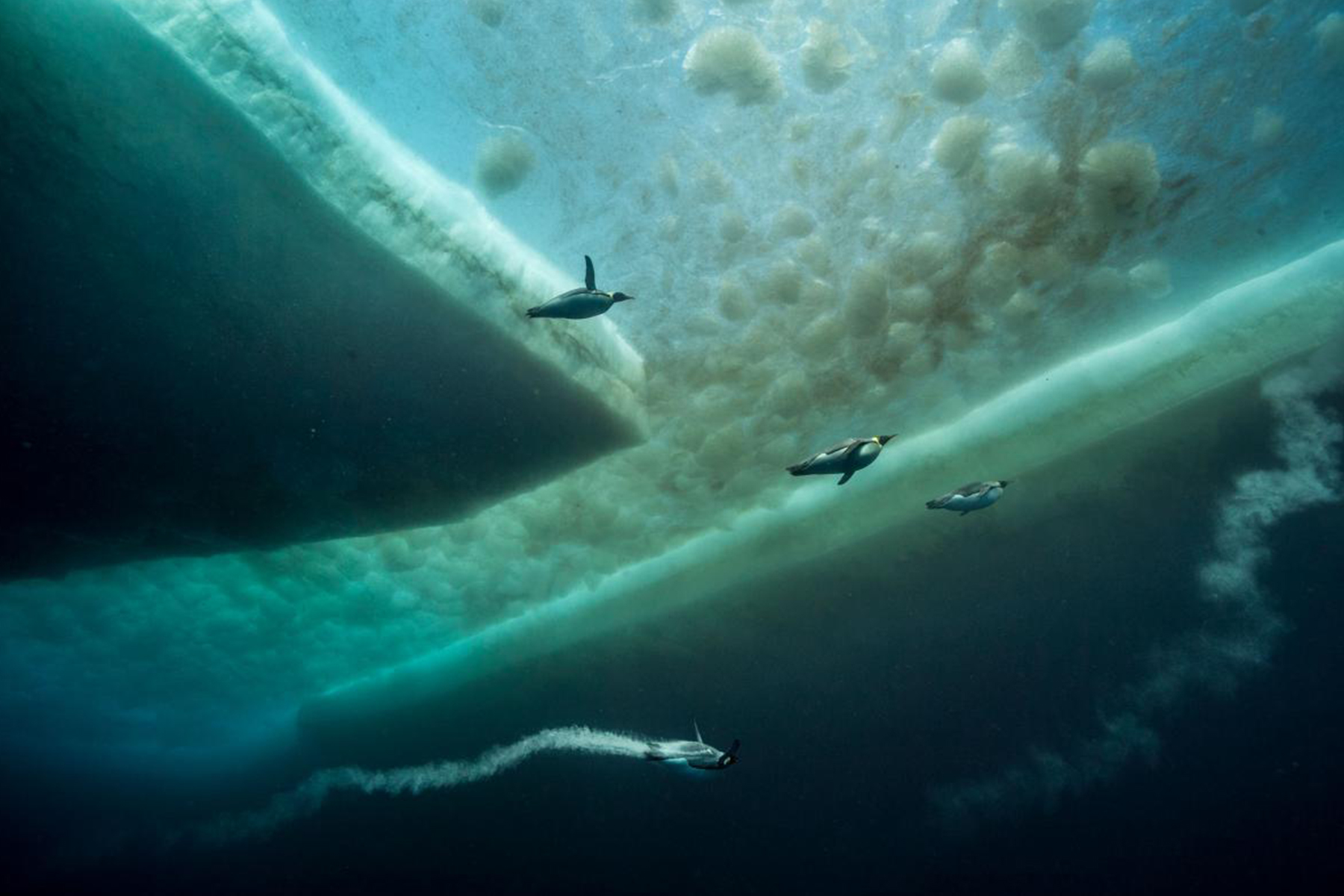 What could possibly make this worthwhile? The light, first of all—it’s a sight to elate any photographer. At the very beginning of spring, after the long polar night, microscopic plankton have not yet begun to bloom and cloud the water. Under the floe it’s exceptionally clear, because there are so few particles to scatter the light. What little light there is wells down through the cracks or seal holes as if from streetlamps, casting a subtle glow over the underwater landscape.

Antarctic marine life has been largely isolated from the rest of the planet for tens of millions of years, ever since the continent separated from the other continents and froze over. Since then the powerful Antarctic Circumpolar Current has swirled from west to east around Antarctica, creating a sharp temperature gradient that inhibits the spread of marine animals. The long isolation has allowed a tremendous diversity of species, unique to the region, to evolve on the seafloor. 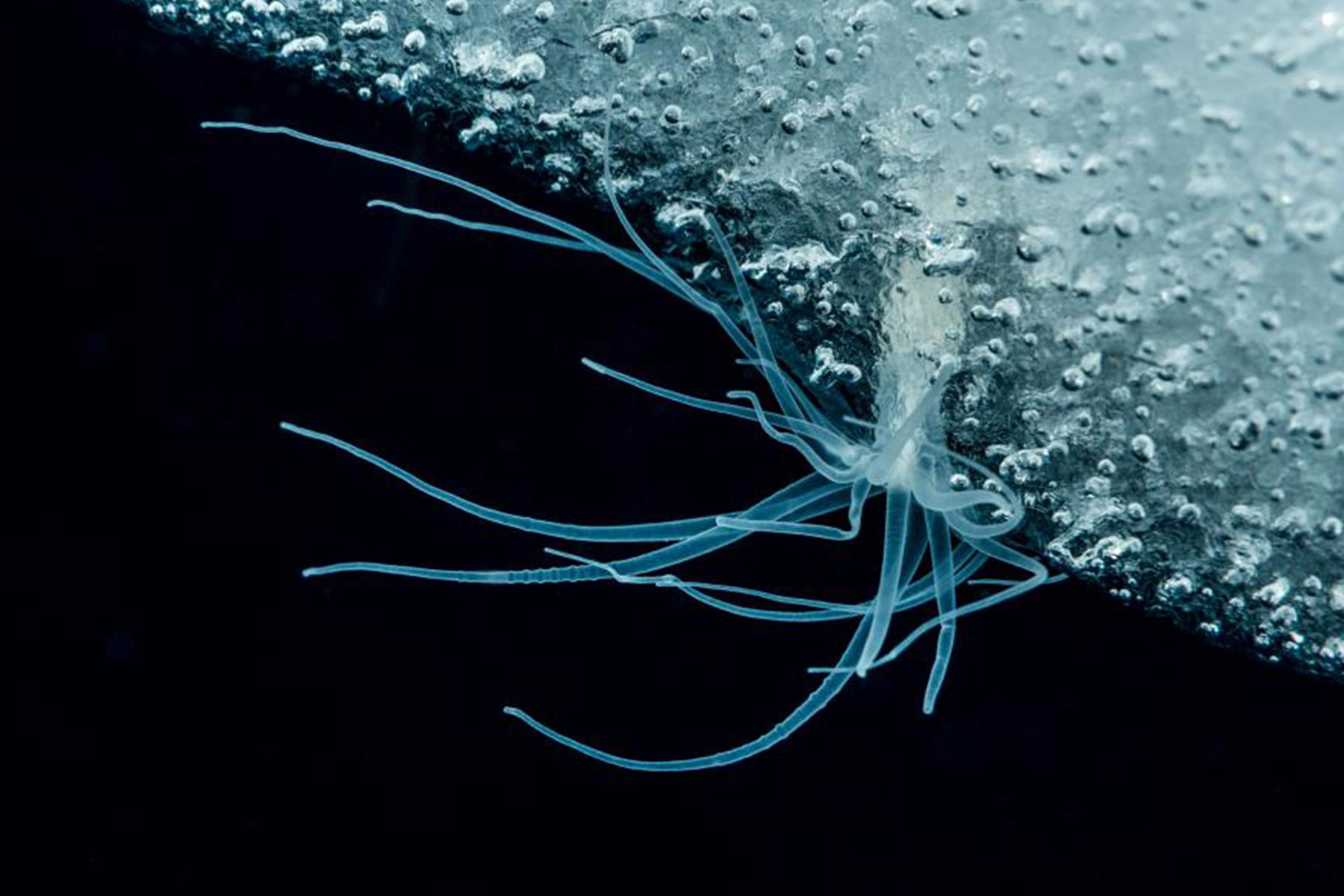 At 230 feet, the limit of our dives, the diversity is greatest. We see gorgonian sea fans, shellfish, soft corals, sponges, small fishes—the colors and exuberance are reminiscent of tropical coral reefs. The fixed invertebrates in particular are enormous. Well adapted to a stable environment, these plantlike animals grow slowly but, it appears, without limit—unless something disturbs them. How, we can’t help wondering, will they respond as climate change warms their world?

After 36 days we felt we’d only begun to plumb it. The trip was so intense—the work so hard and exhausting, the sleep each night so deep—that in memory it seems to fuse into a single, 36-day-long dive. Our feet and hands froze, but our emotions were on a perpetual boil.