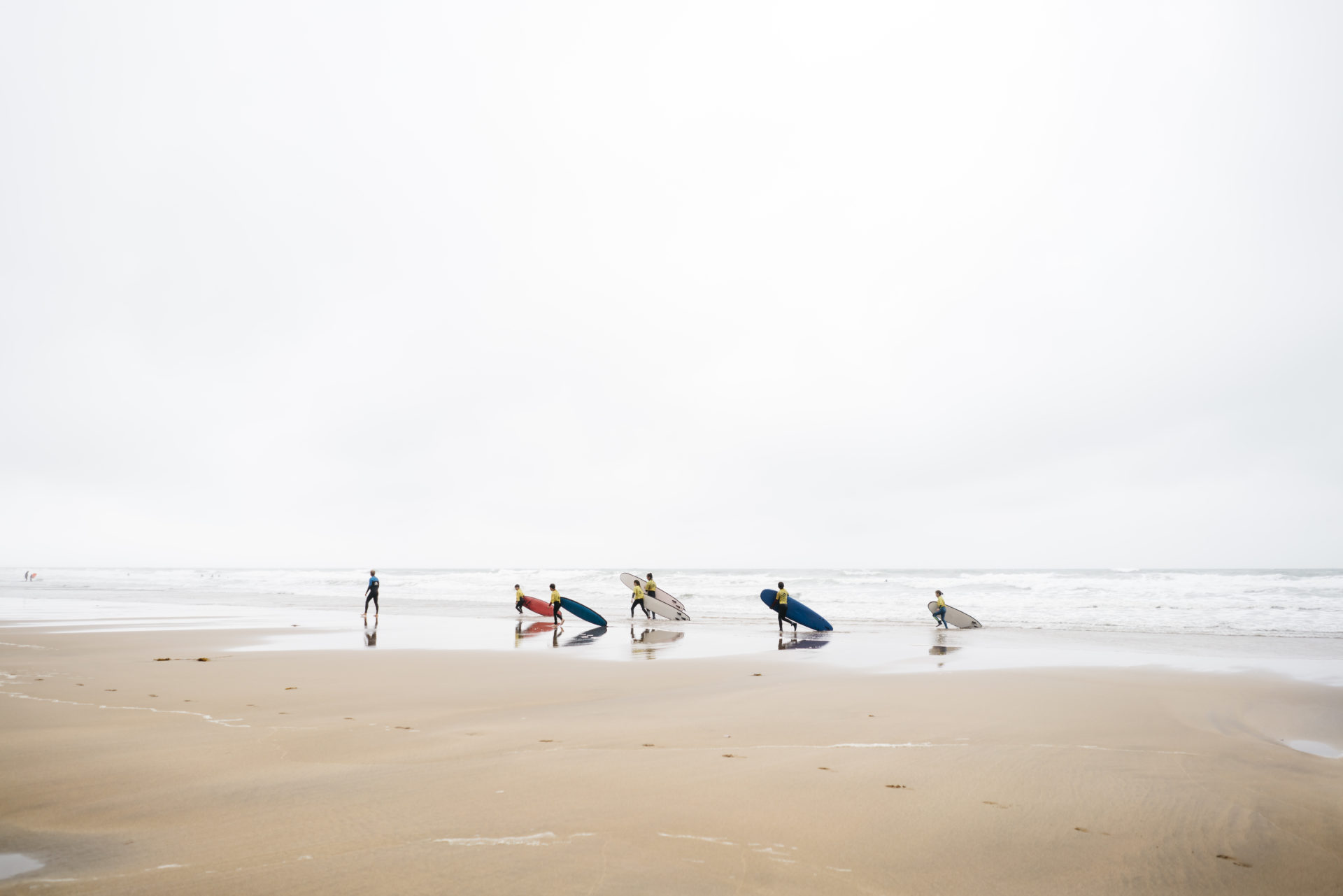 Surfing can help improve well-being in combat veterans experiencing post-traumatic stress disorder and even avert suicidal feelings, according to a Loughborough University researcher. Nick Caddick said some of the veterans from Northern Ireland, Iraq and Afghanistan, who took part in his study, revealed that surfing in Cornwall had not only improved their health and quality of life but saved their lives.

It is the first time research has been conducted into a ‘Blue Gym’ – the sea – therapy that is becoming increasingly popular in Britain and America and is being seen as an alternative to the traditional medical option which can involve drugs.

It is estimated that 6.9 per cent of UK combat soldiers will go on to suffer significant distress as a result of their service. Nick said: “A number of veterans said they would most likely not be around if it wasn’t for experiencing surfing in the ‘Blue Gym’ environment. For the men, being active in this environment was an excellent example of ‘exercise is medicine’

“The veterans referred to it as a tremendous sense of freedom. It takes them completely away from the traumatic thoughts that spin through their minds all day long. They are free from PTSD while there.

“Being in the water is a completely different sensory experience, with the waves smashing over them, the smell of the sea air. It takes them away from PTSD in a way other activities don’t.

“Most of them don’t believe they will be cured, but it gives them something important to look forward to, which stops them dwelling on all the bad stuff.

“Most of the veterans had had contact with the NHS and the traditional pharmaceutical and psychotherapy approaches, and many had been put off by them.”

Nick said that the support of fellow veterans was also important to the ones he interviewed. “They felt understood and accepted without having to say where they had been and what they had done. There was an instant connection with other people,” he said.

Nick’s study is one of three he has conducted with veterans as part of his PhD. It was partly funded by the European Centre for Environment and Human Health (ECEHH) in Truro, Cornwall.

The other two are:

Collective stories and well-being: Using a dialogical narrative approach to understand peer relationships among combat veterans experiencing PTSD. To be published in the Journal of Health Psychology

“A number had had suicidal thoughts for a number of years. A couple had made attempts at suicide.

“They said that having surfing to look forward to was really, really important to them and kept them alive.

“I asked one man what recovery from PTSD might mean to him, but he didn’t talk about a cure, he just said that being in the water gave him a fantastic sense of freedom and allowed him to forget everything he goes through.

“It took him away from those thoughts that made him want to go to the tree and use that noose.”

The huge benefits of surfing for combat veterans suffering from PTSD are revealed in a study called, ‘The effects of surfing and the natural environment on the well-being of combat veterans’, which will shortly be published in the journal Qualitative Health Research.

Nick conducted 24 interviews with 16 veterans over an 18 month period at a veterans charity called Surf Action, in Penzance.