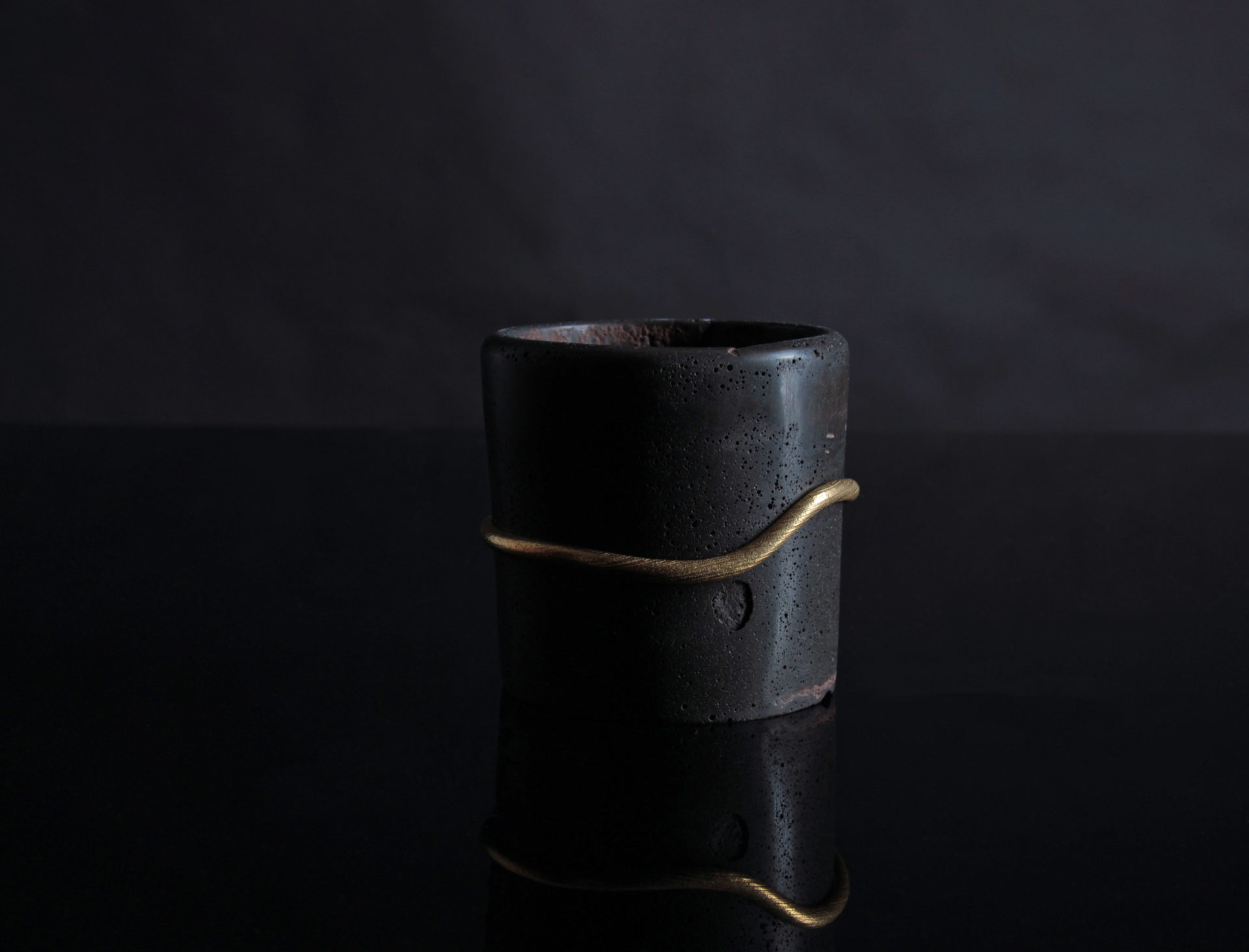 Lava as a Resource

Lava as a Resource

Yearly over 300 million tonnes of basalt is produced by Mount K?lauea in Hawaii, which is equivalent to the global yearly production of plastic. Basalt is extrusive igneous rock, formed from the rapid cooling of lava. It makes up the majority of our earth’s crust, and it is also found on both our moon and Mars. Therefore how can we sustainably harness this material to create products non intrusively?

Basalt has been used in construction to make building blocks, it is also used to make cobblestones and statues. But people are now beginning to look at this form of rock as a way to make sustainable alternatives to other products, less commonly made from rock. 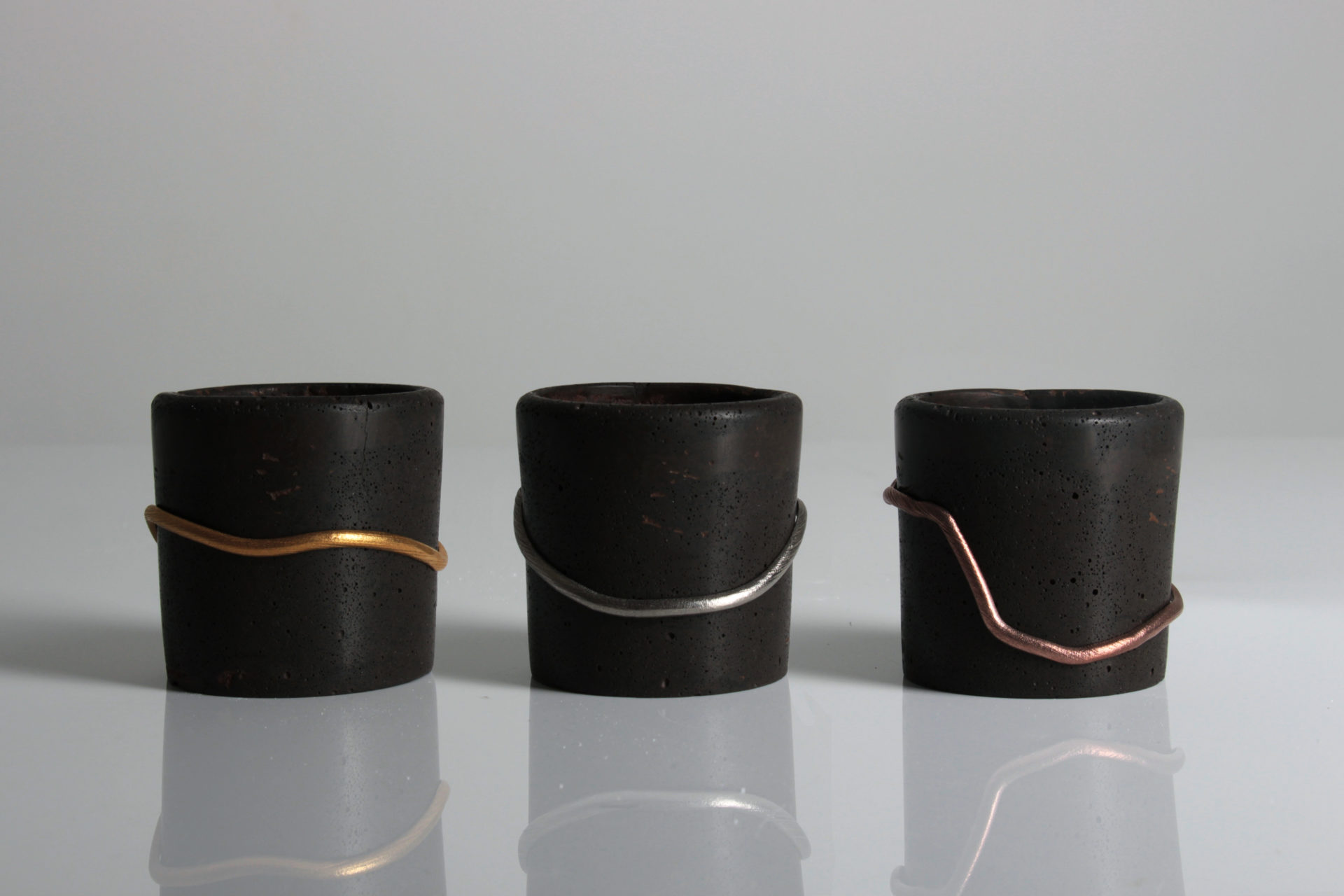 Wedgewood’s famous 1768 Basaltware collection although black was not in fact made from basalt. Instead, it was made from a clay which turned black upon firing. Designer Toby Starr has decided to make his own version of Basaltware, but instead make it from the real thing. By developing his own process of turning the basalt back into lava, Starr was able to create a variety of vessels to showcase the material. This process means that no material is wasted, unlike normal rock production methods which create a lot of waste as the pieces are cut/chiseled from a larger piece of rock. His collection ranges from ‘Chaos’ to ‘Controlled’ by processing the basalt in different ways to create a variety of aesthetics and textures.

His ‘Chaos’ collection looks at exploring the material with little control. By allowing it to flow into its natural shape, the same way it once did as lava, the pieces range extensively. From almost fully formed cups, to pieces that show the molten state of the material through drips. The beautiful red colour of these pieces comes from the oxidation of the iron-rich minerals found in the material.

As a juxtaposition, the “Control’ collection features three smooth vessels which have been processed to reveal an almost obsidian like version of the basalt. Each features a metal ring, made to replicate the crater edge of the volcano where the basalt was taken from. As these pieces are more refined it increases the probability of the general consumer to purchase and use these products, as they are more practical and familiar than the conceptual pieces found within the Chaos collection. 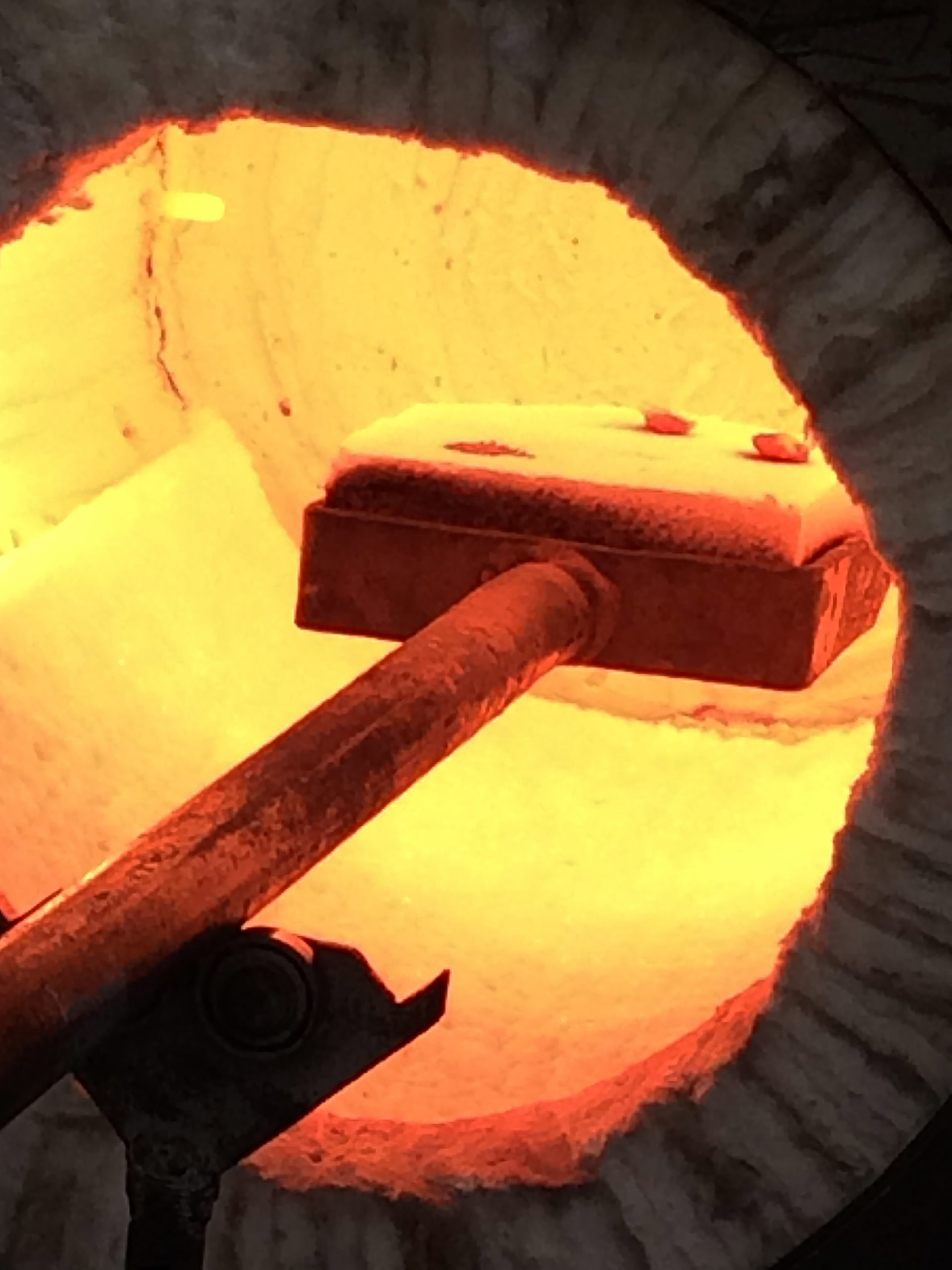 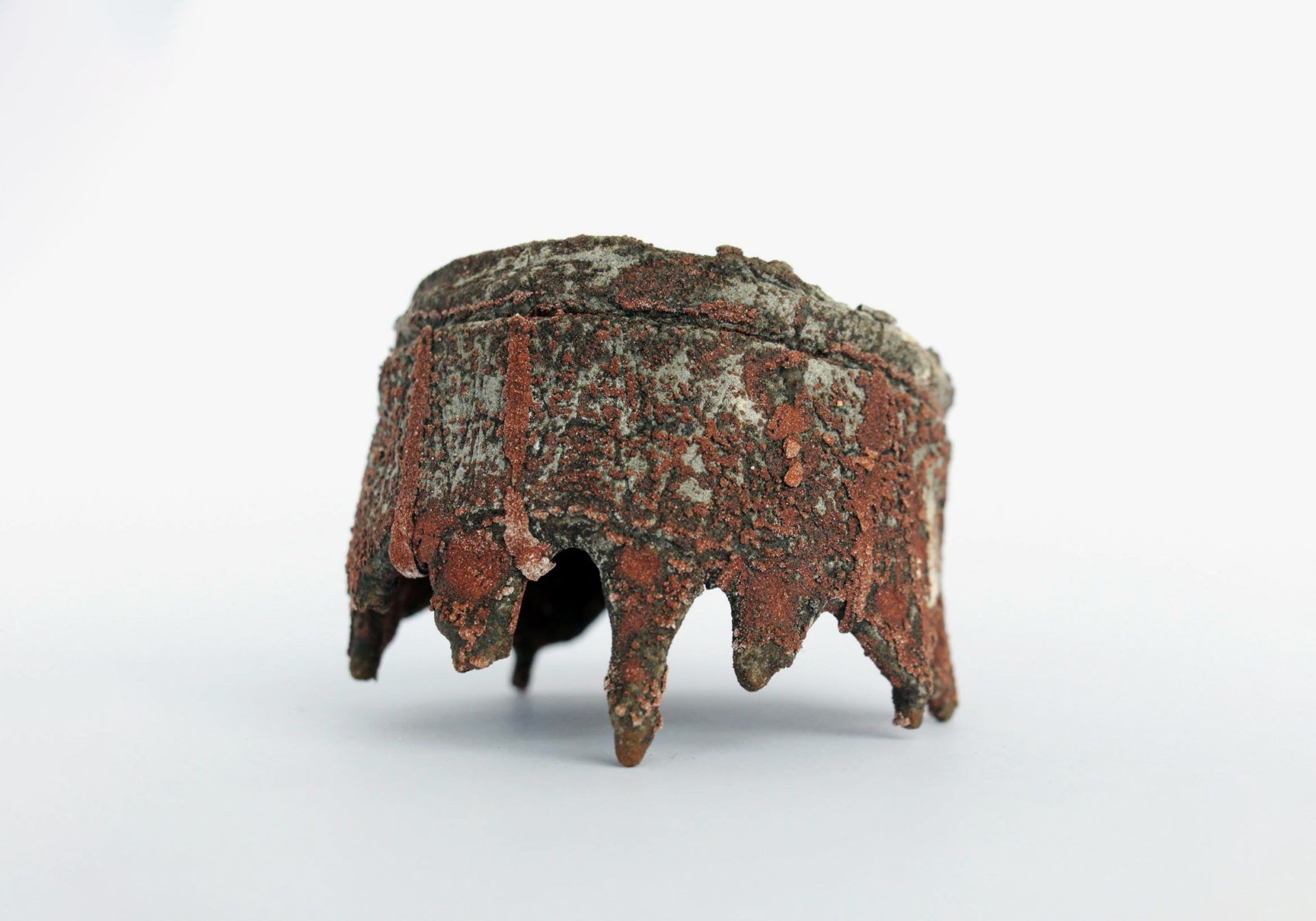 Sicilian-born designers Simone Farresin and Andrea Trimarchi of Formafantasma created a series of objects formed of lava from Mount Etna in Sicily. The pieces range from furniture, such as stools, to vases. The designers used a variety of techniques to create the products from the solidified basalt. They melted and blew the basalt to create glass, wove it into fibres for textiles and milled it into various shapes.
Stools were created from milled solid pieces of basalt. Their cut form reveals the air that was trapped inside the rock as it quickly cooled and solidified. Their new lava based project looked at creating tiles from the resource. The differing colours of the tiles are created by mixing varying quantities, particle sizes and densities of volcanic matter. Due to the unpredictable nature of basalt many tests were done to work out the exact process. Finally the tiles were created from a careful balance of a porcelain body, ash glazes, and a perfect firing temperature. 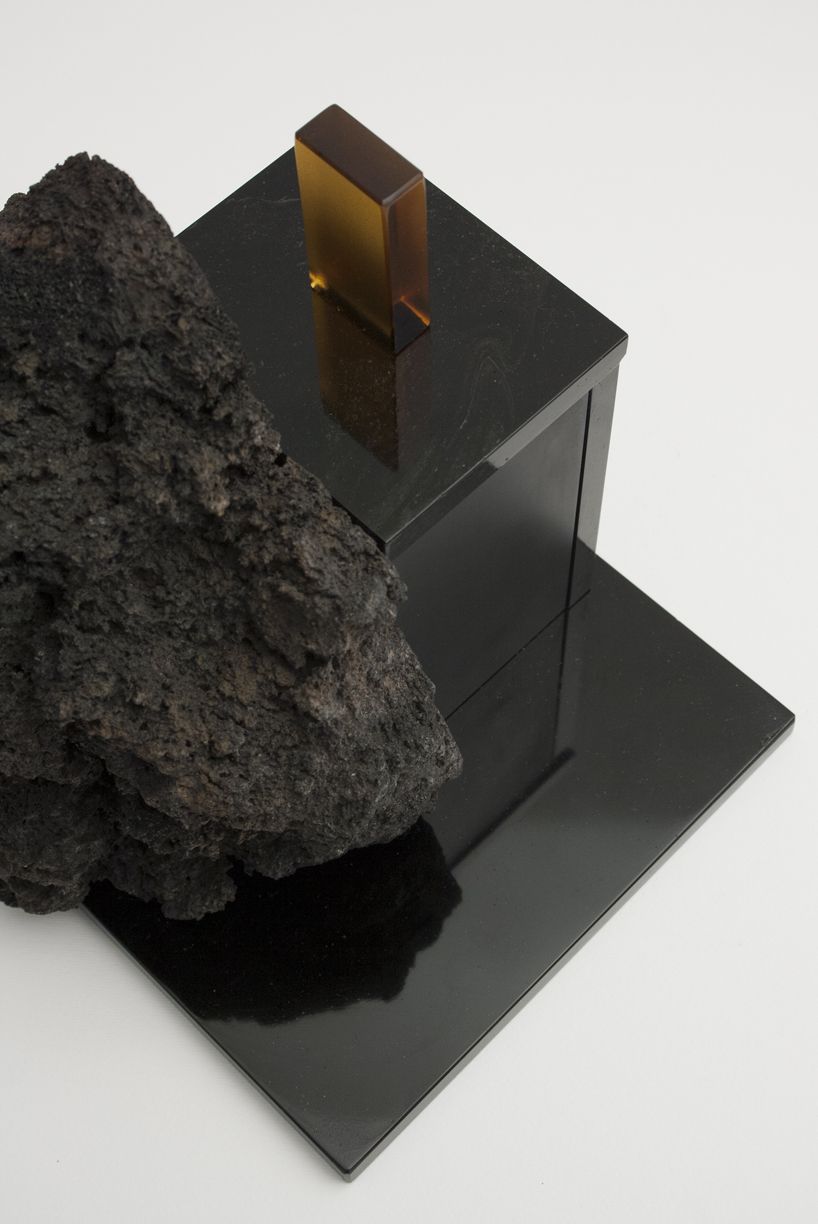 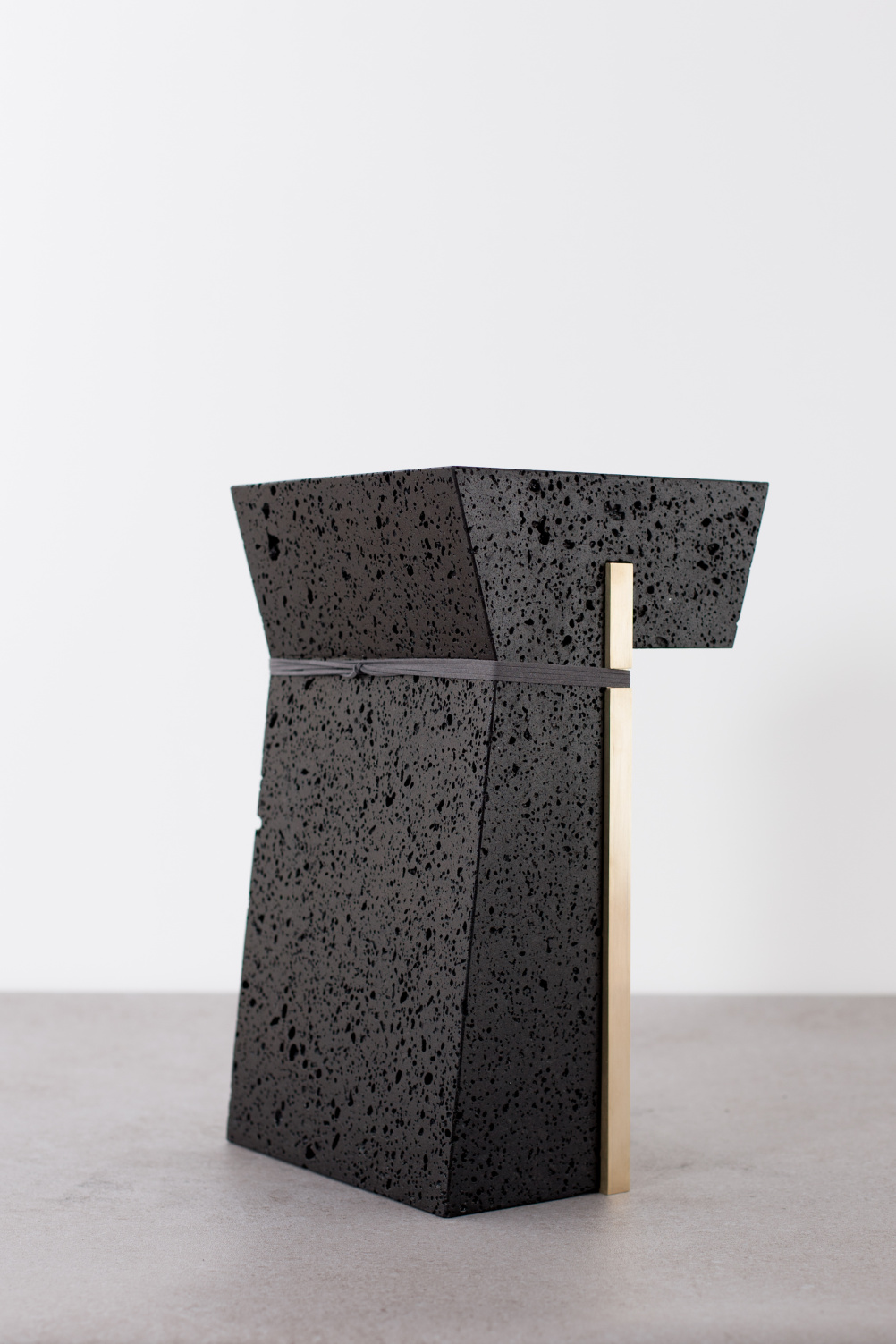 Design studio Peca have created a series of plates to highlight the material properties of basalt. Their half polished plates show a contrast of the shiny surface which can be achieved, against the porous basalt which can be found when cutting into the stone. 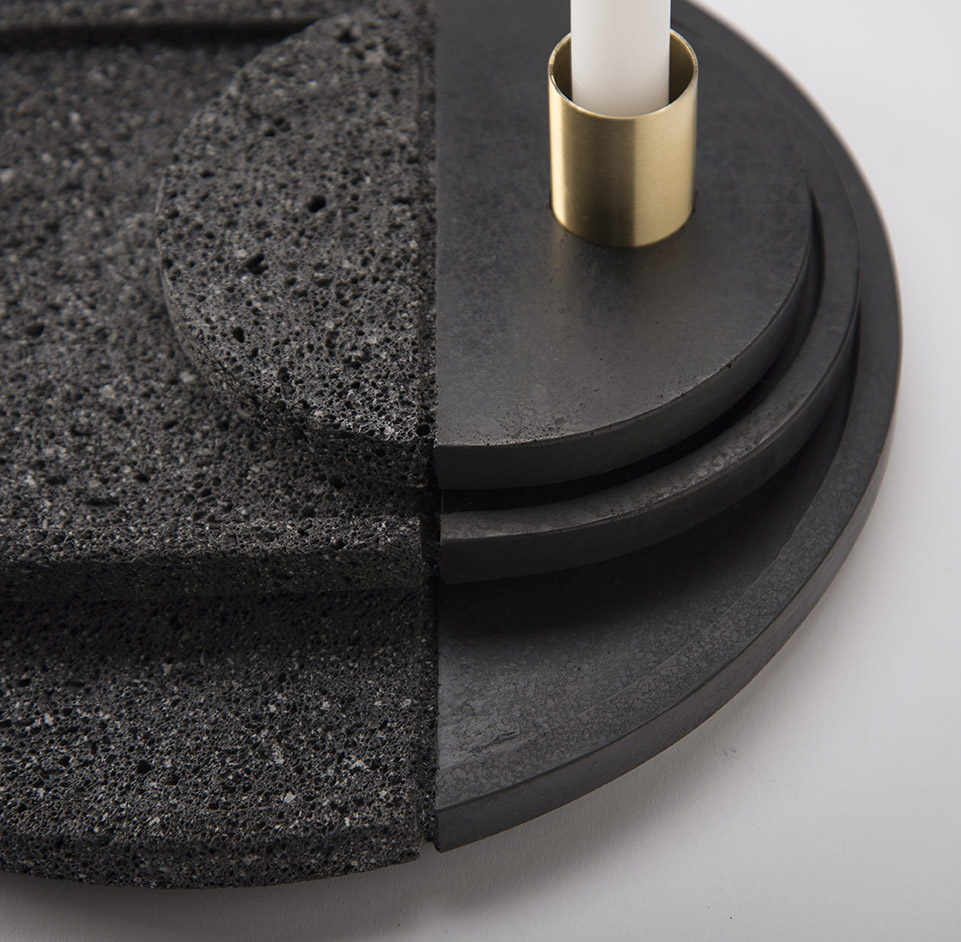 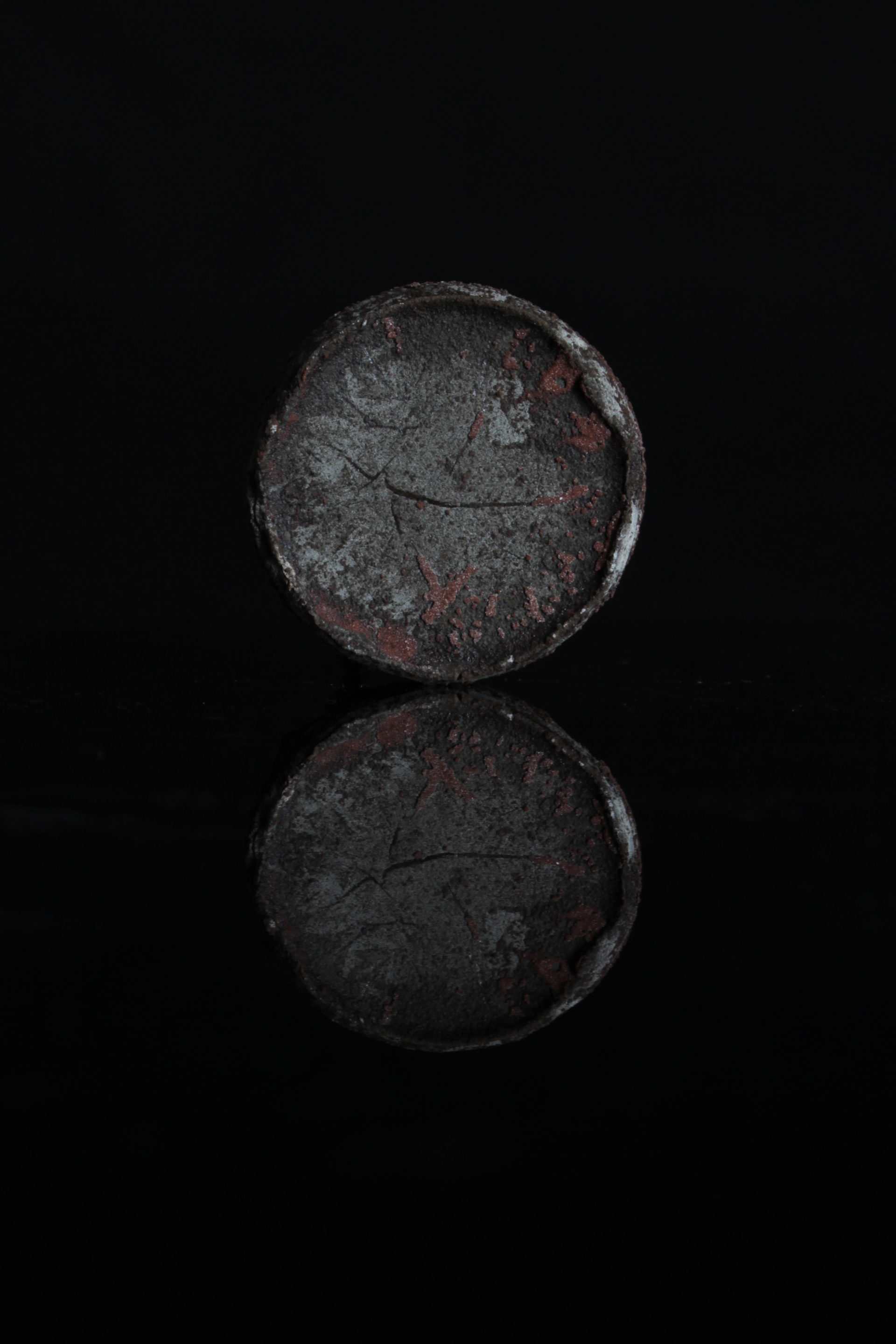