A bespoke Haeckels scent creation for John Alexander Skelton’s collection VI, which takes a stroll through the warren of alleyways and passages of London’s Alsatia. This sanctuary spanning from the 15th to 17th Century occupied land unowned by the King yet in the belly of his domination. The work challenged the banality of the rudimental fashion show whilst the performance last night was by candle light and the room was filled with the scent created by Haeckels founder Dom Bridges. 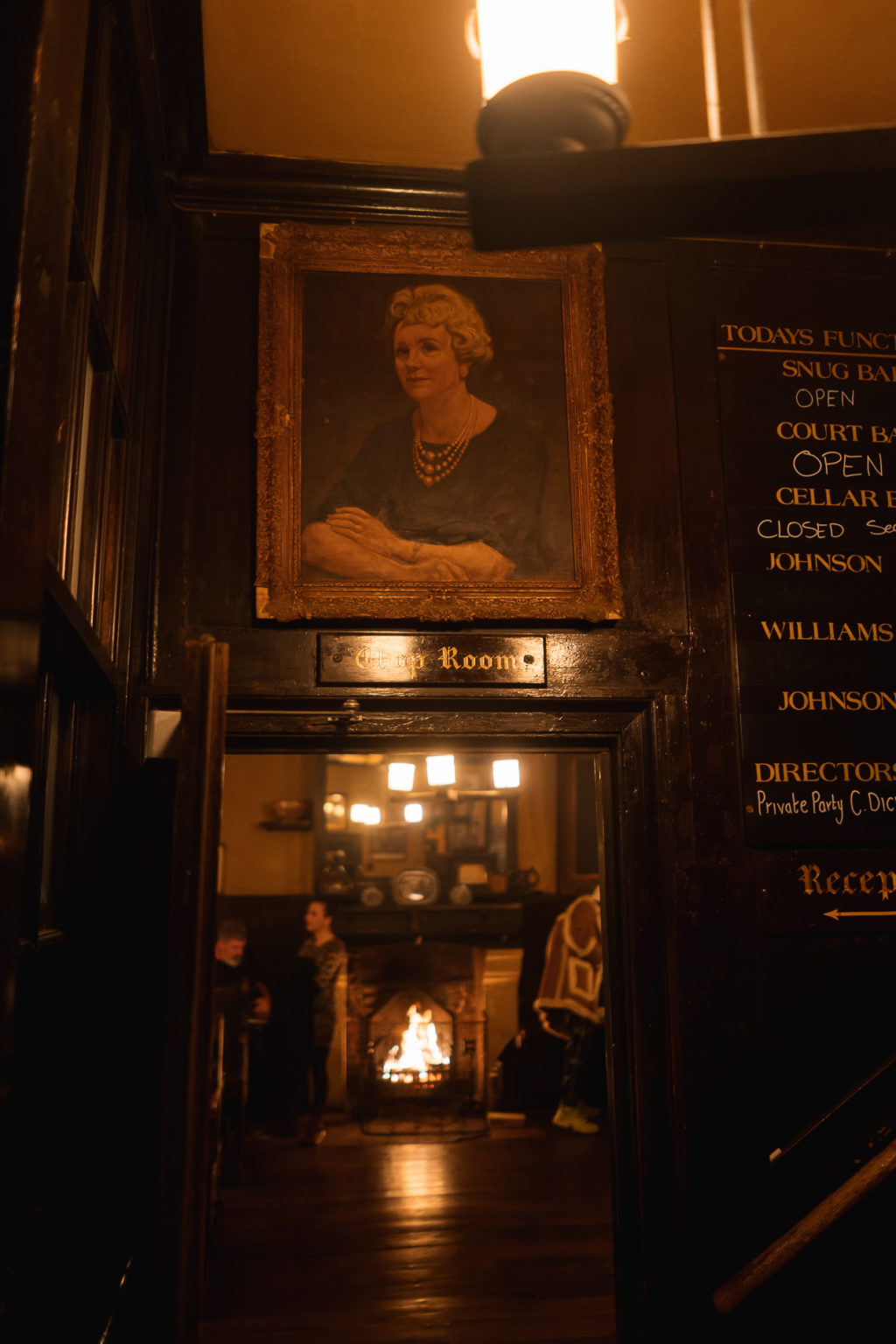 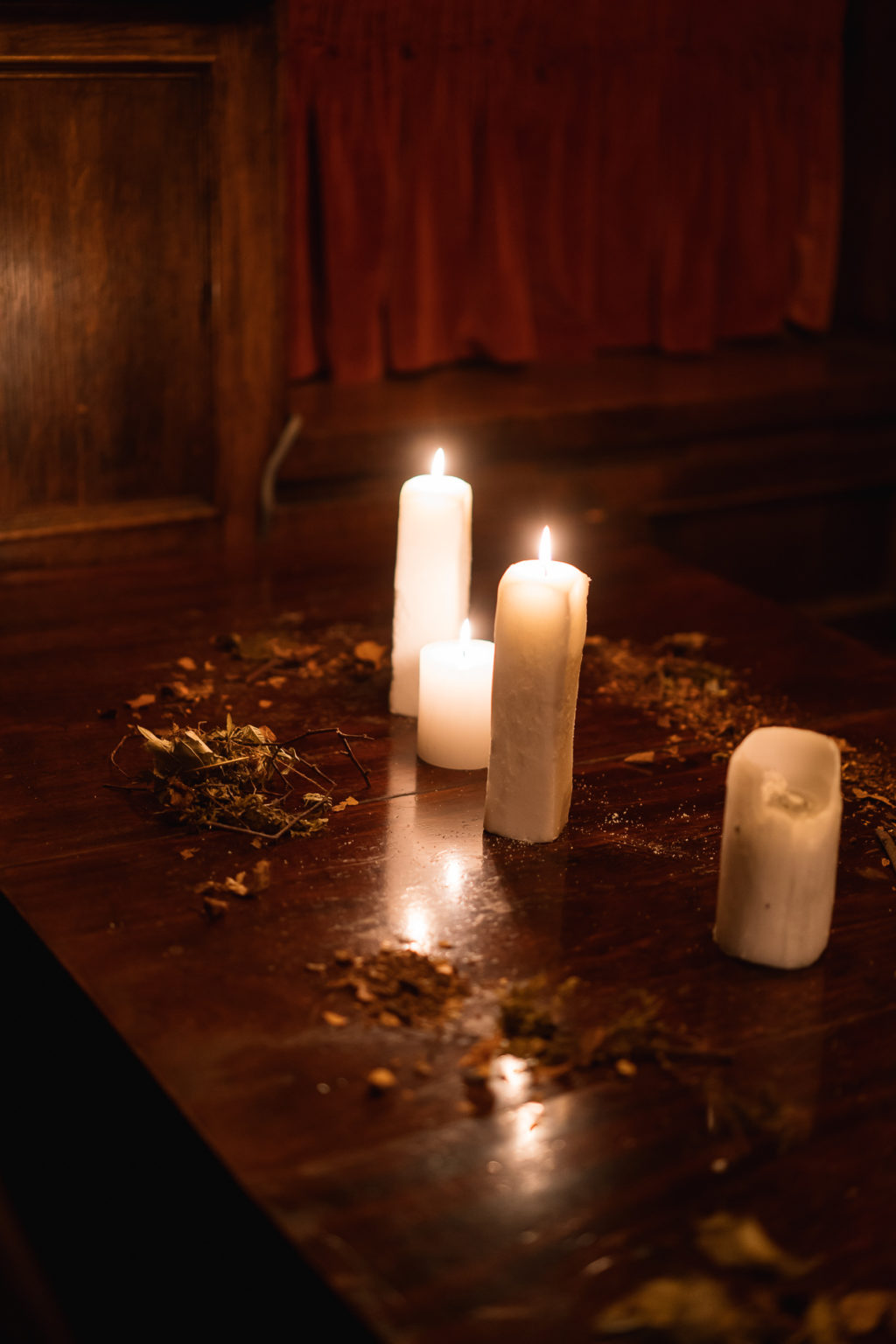 Thought to be named after the Alsace region of France due to it’s status as an area unbound by the law of the land and therefore a place of residence for criminals or those in great debt. Whilst these streets were often ruled by debauchery, unruly transactions and feared by many a bailiff, it was also an area industriousness with tailors, weavers, embroiderers and printers. 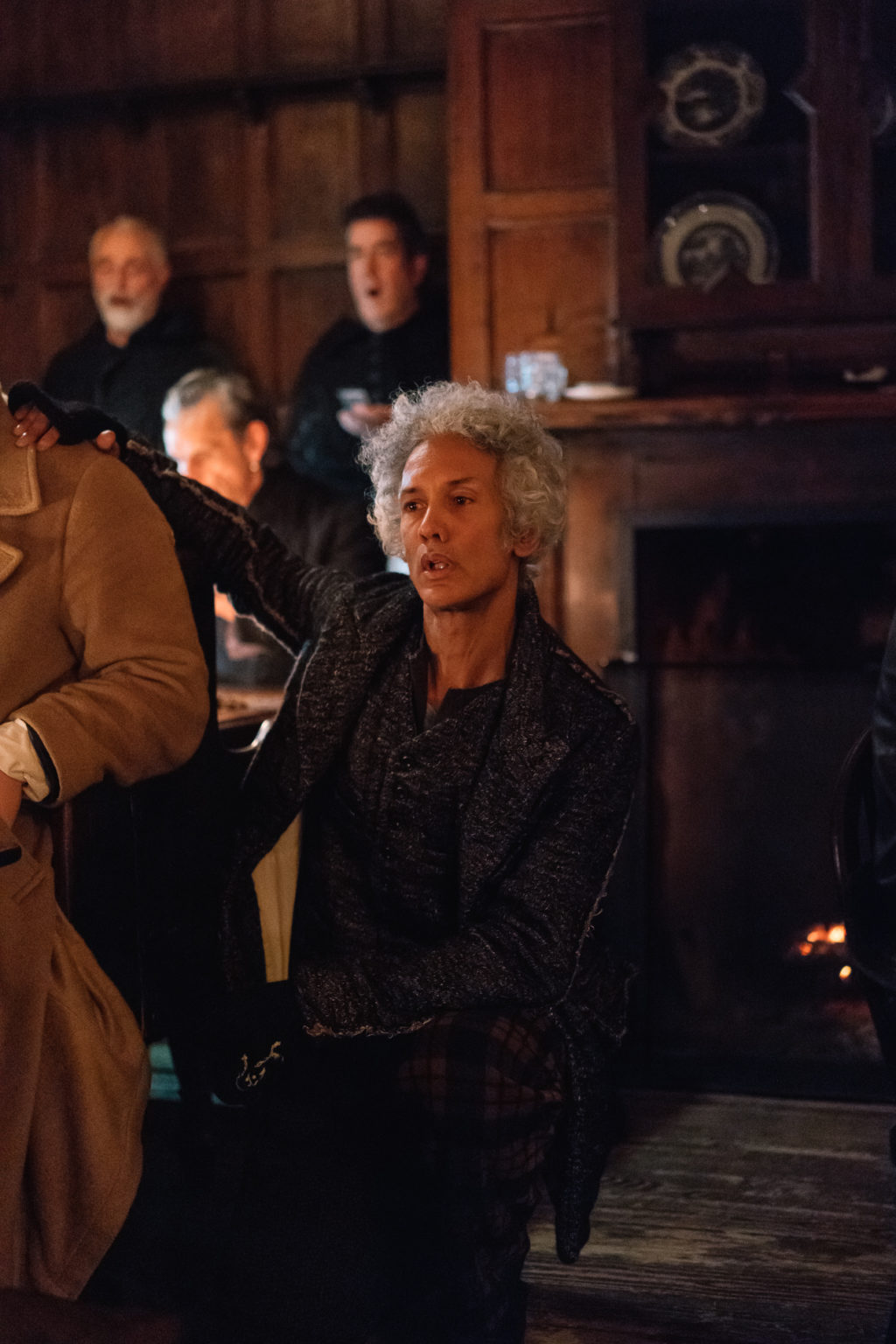 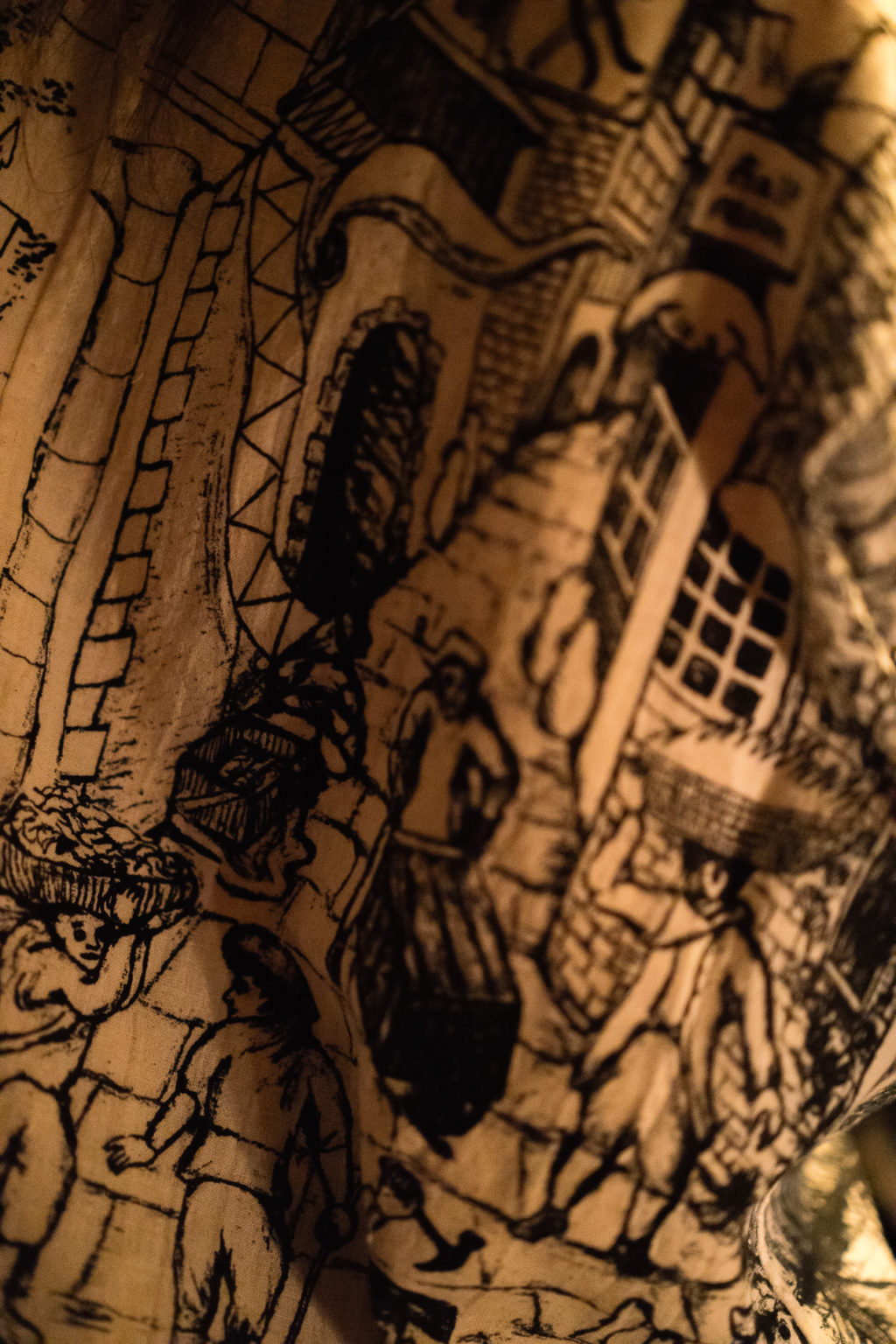 Captivated by the idea that humble or up cycled fabrics cut in a particular flamboyant or refined fashion could alter how it’s wearer is perceived became a motif that permeates the collection. Skelton researched servants’ sartorial imitations of their masters, the Sumptuary Laws forbidding the working class from wearing fine clothing and deception through false social signifiers. Depite these laws, many would defy building up wardrobes from the hand-me-downs for their masters, combined with artful restorative decoration to the amusement of their employers at being out-staged.

The resulting collection up-cycles and transforms clothing through combinations of extravagant and practical silhouettes. Wools in rich colours, hewn and handwoven from the scottish isles to the foothills of the Indian Himalayas are washed and distorted, simulating a crossbreed of luxury by convoluting what is humble and lavish while remaining enshrouded in an undertone of criminality. Well worn and beautiful patinated waxed jackets are repurposed from their original shapeless forms into slender tailored items, antique French grain sacks became a voluminous coat and sailor like trousers echoing the military attire would have likely been seen amongst alsatians 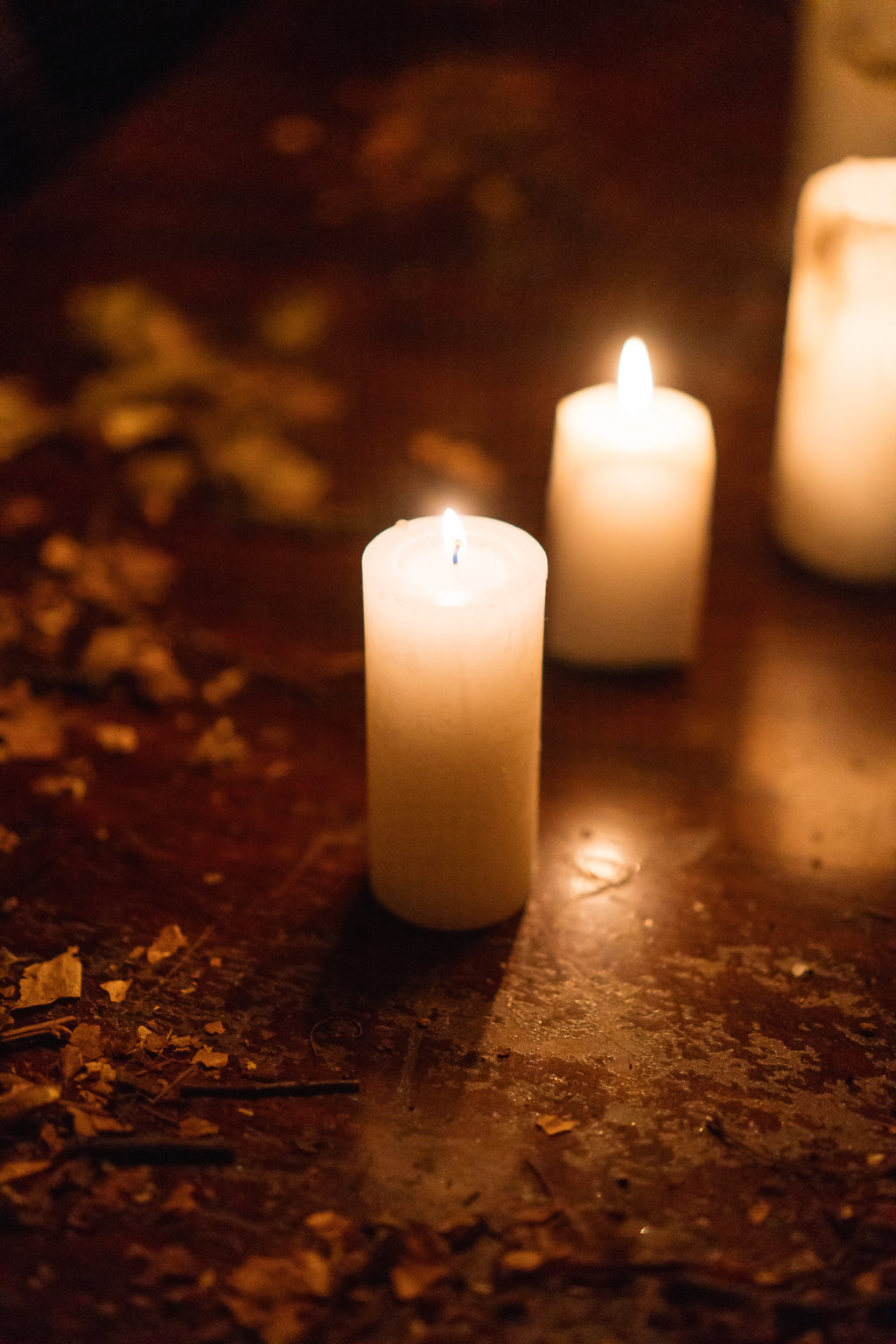 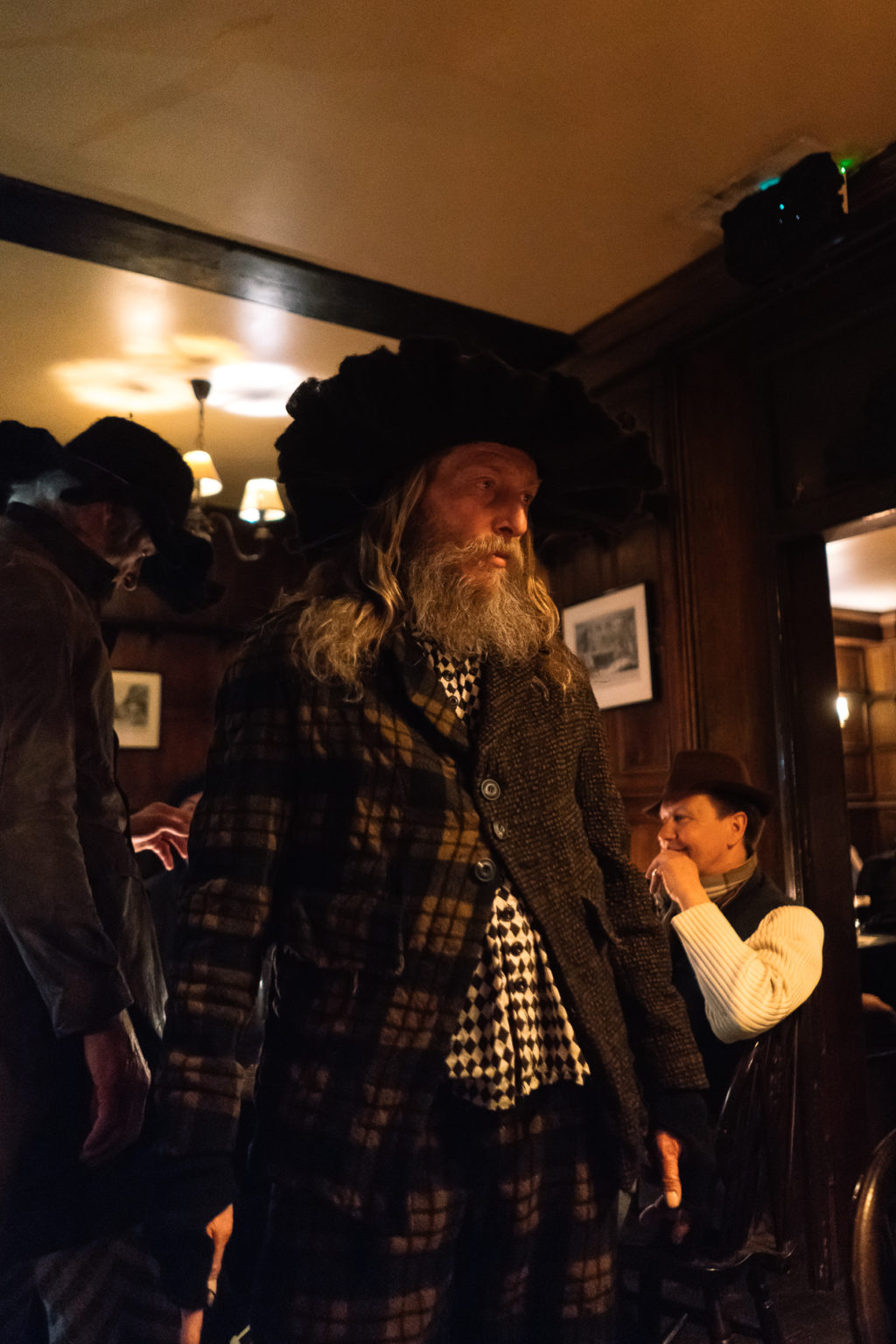 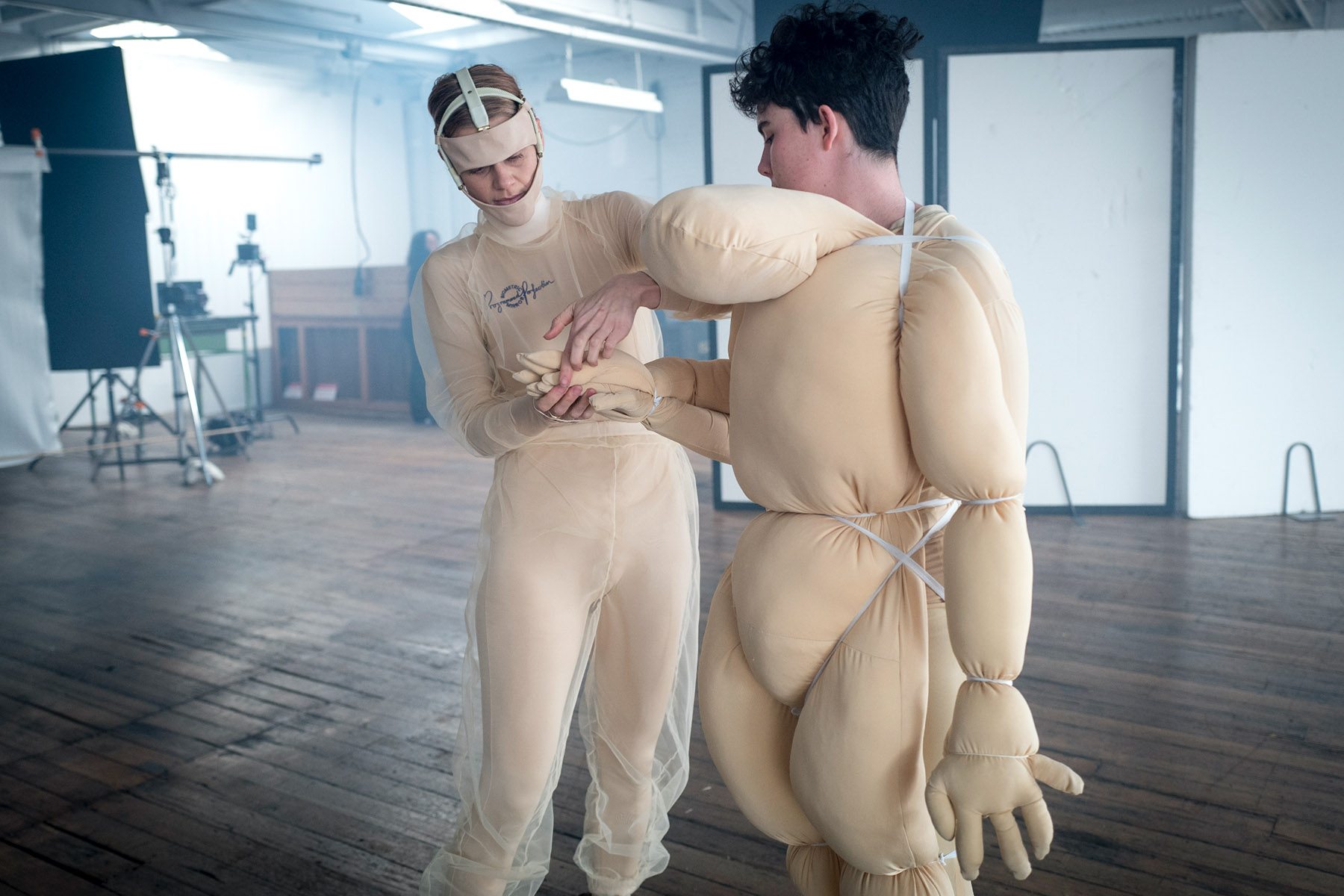 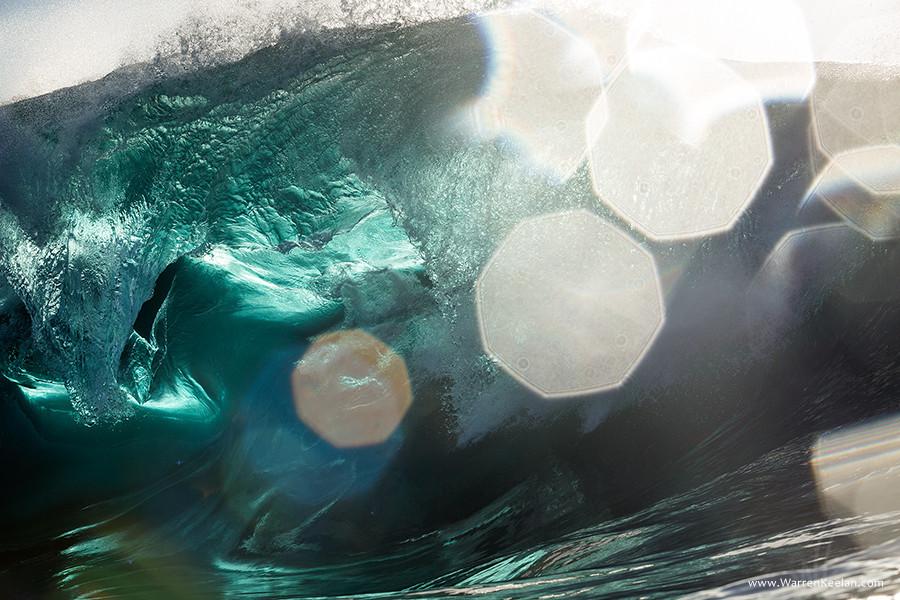 Power From The Tides 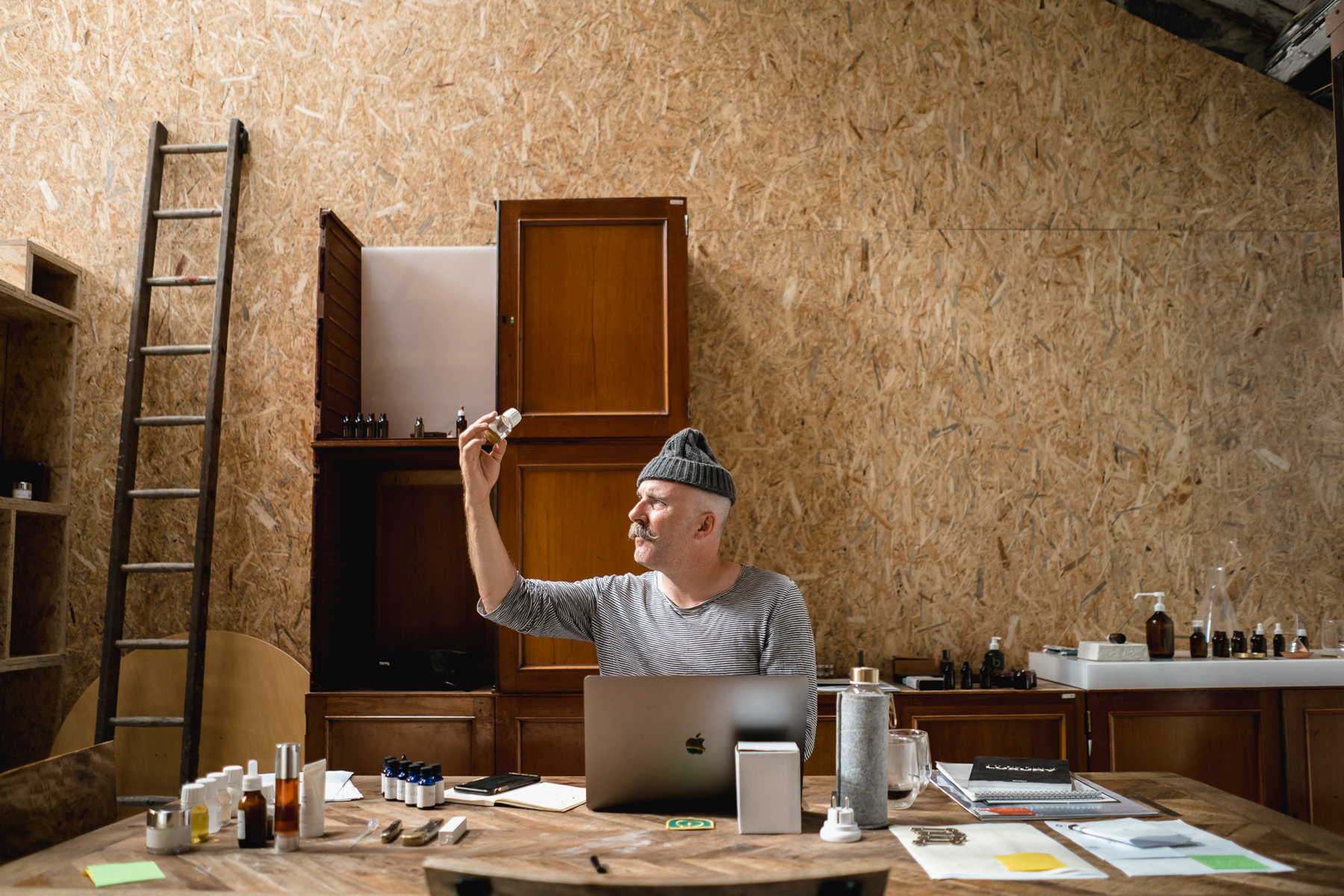