Lang is a Michigan-based visual artist who creates sculptures, photographs and wearable art that explores themes of weight, mass, accumulation, hair and cultural identity. She creates sculptures out of rope and synthetic materials where it transcends its materiality and become bodily. She is fascinated by what people give power and meaning to, along with our obsession with adornment. 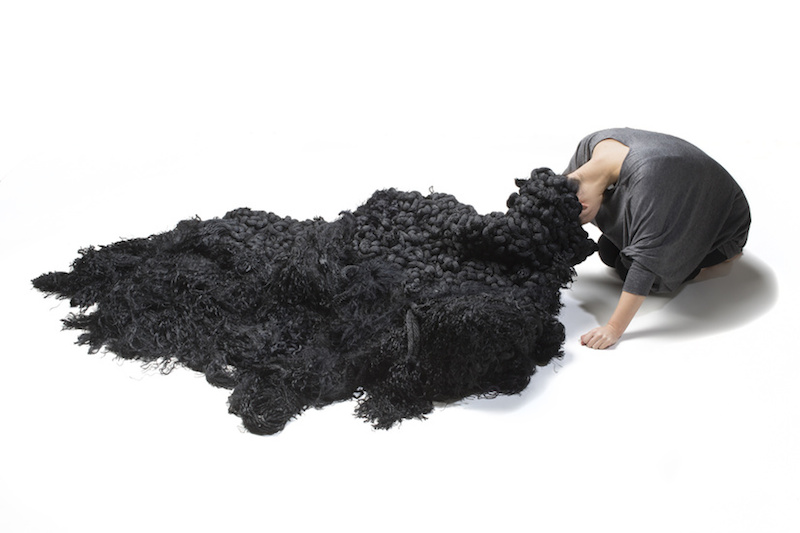 Yuni Kim Lang manipulates textiles to create dynamic sculptures that refer to traditional Korean hair pieces worn by women of high status. These historical hair pieces, also called gache, gained their popularity in Korea during the 18th century and signified the social status of the wearer. It was believed that the bigger and heavier they were the more aesthetically pleasing. In 1788 gache were banned by royal decree because they were believed to contradict 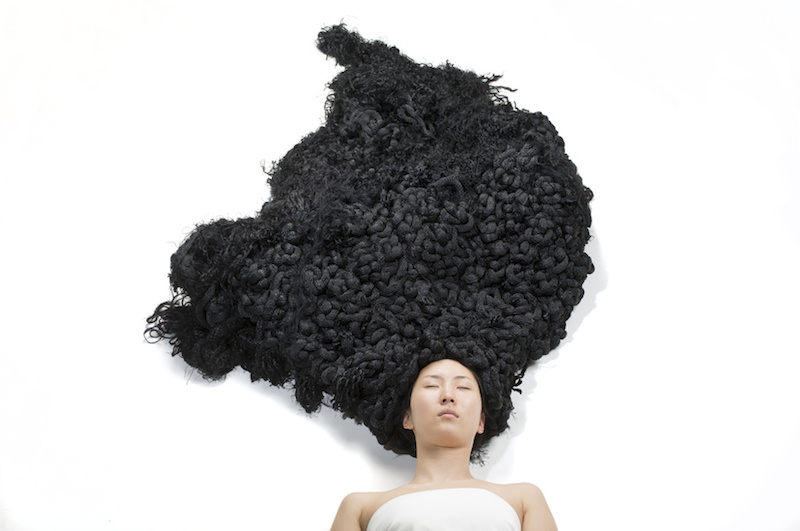 Confucian values of modesty and restraint, but today, gache live on as a tradition in Korean weddings and theater. In Comfort Hair, Lang uses the concept of the gache wigs to create an interpretation of her Korean heritage and contemporary societal norms. Comfort Hair is the artist’s response to how hair is idealized. Her interest lies in how hair has been perceived as a sacred entity throughout the ages, treated as a sign of status, as well as subject to dramatic trends — and how such a thing can convey power and meaning.

All Images from Yuni Kim Lang 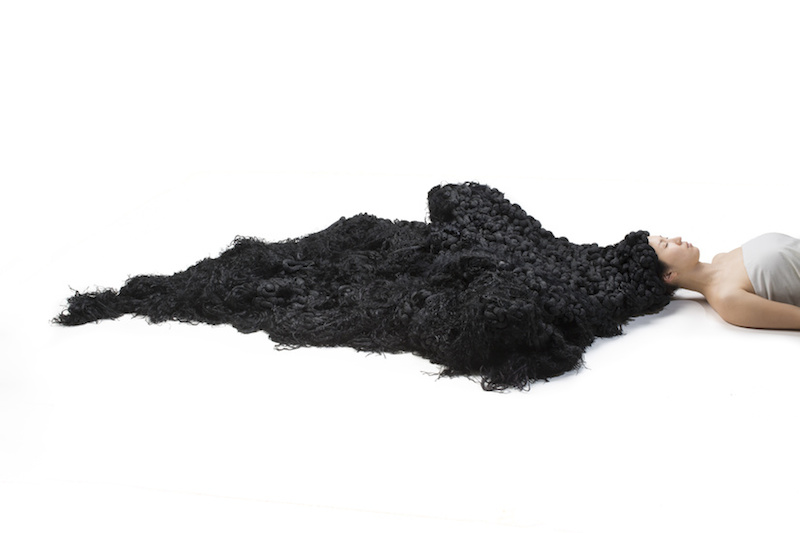