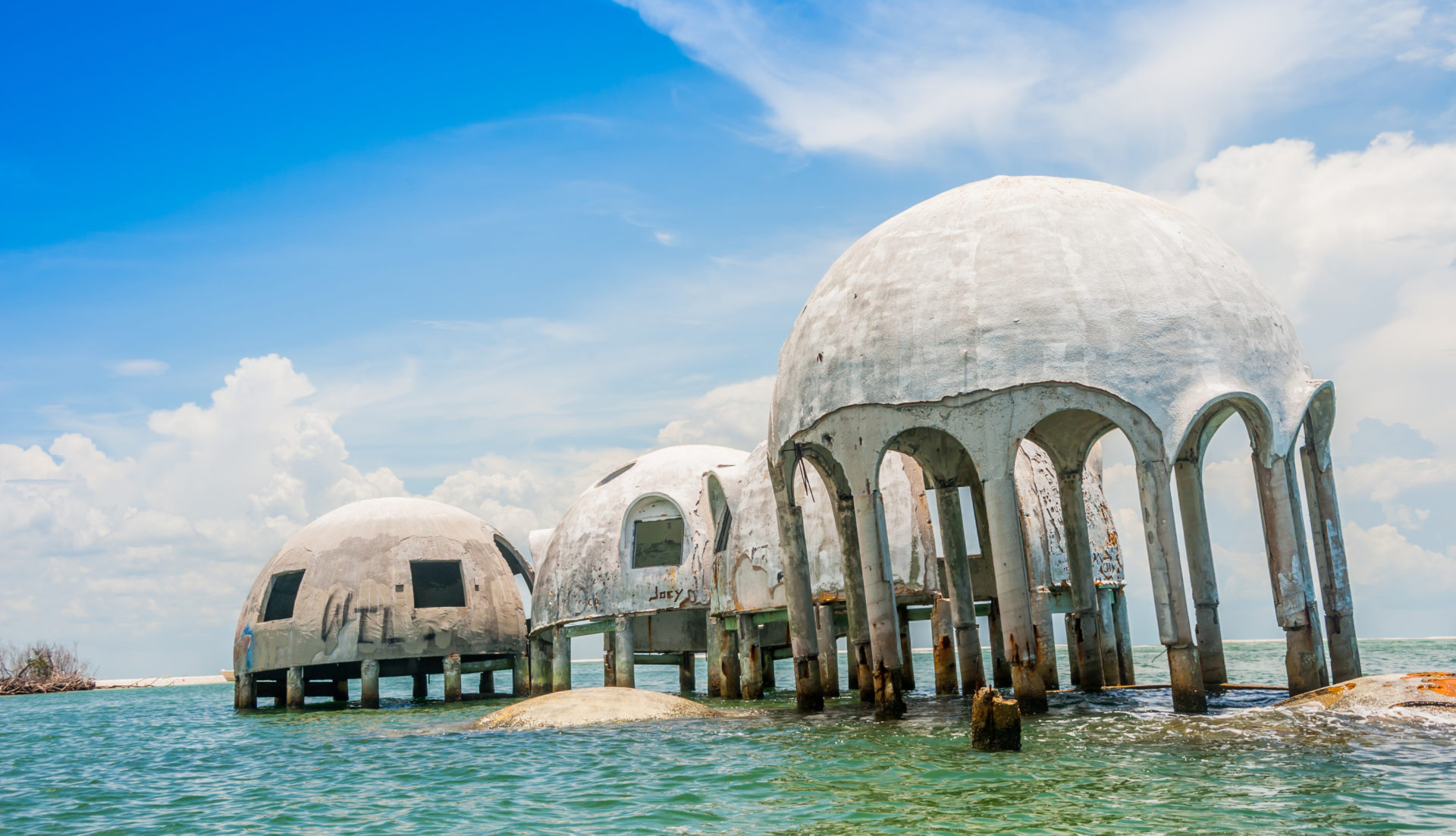 For many years, these bizarre buildings on the isolated southern tip of Marco Island in Cape Romano, Florida, were a bit of a mystery. Some locals and abandoned explorers thought it might have been the community home belonging to a secret cult while other rumours went as far as claiming they had been left behind by extra terrestrials. Today the domes are being claimed by the sea, marching inches further into their watery grave each day but the mystery of the space age structures has finally been uncovered.

The Cape Romano homes are no more extra terrestrial than the alien-looking fish swimming around them today in the waters. A holiday home built in 1980 by a retired independent oil producer, Bob Lee, trying to fill his time with ambitious DIY projects, the houses was ahead of its time, self-sustaining, and solar-powered.

Bob’s daughter, Janet Maples tells Coastal Breeze of the amusing stories she would so often hear about her childhood vacation home:

“I can remember one time, we went to the drug store on Marco and some people in the row behind me were saying, ‘Have you been by those dome houses?’ And the other one said, ‘Yeah, but I hear they guard that with machine guns!’ Somehow it got a reputation of being a scary place.”

Bob, who has since passed away, even built a prototype of the dome houses on the family’s land in Gatlinburg, Tennessee before attempting his dream home in Cape Romano, where he purchased several lots of land. Janet says the prototype is still standing in Tennessee, although it has a bit of a moisture problem. 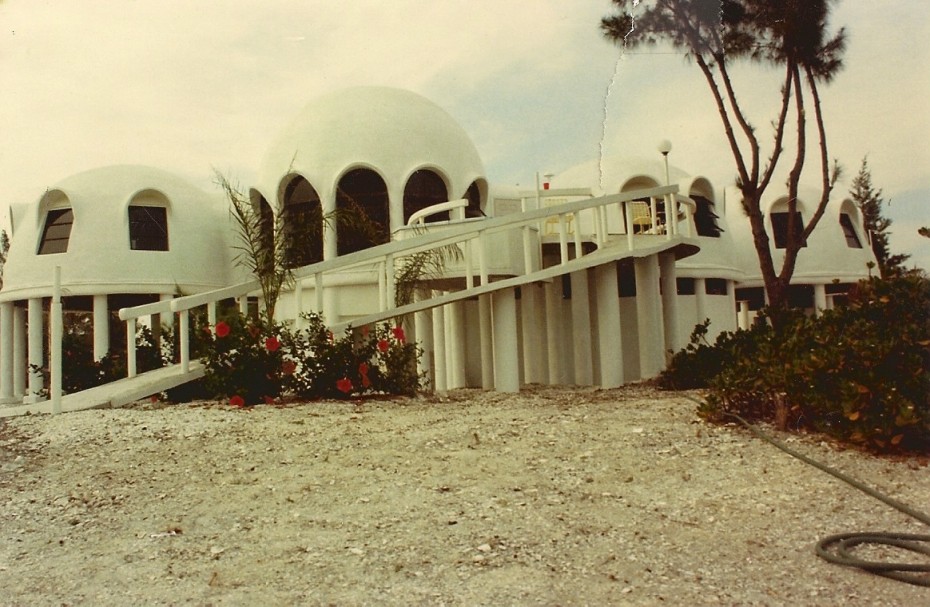 “He loved inventing things,” Janet recalls of her father, “He invented a heat source for under the floors of our house and had an invention that would bring logs in and drop them on the fireplace that came through the wall of our den. Kids loved him. He was just fun to be around; a really adventurous guy way before his time.”

So how did Bob’s dream home end up like this? The domes were in fact the primary residence of Janet Maple and Lee’s grandson Mike Morgan up until 1993, a year after Hurricaine Andrew, which didn’t do much damage thanks to the home’s unique elevated and rounded structure.

In the following years, the house was visited less and less by the family as the other homes on the coastline that were harder hit by the storm were quickly abandoned one after the other. In 2005, the house was bravely purchased by John Tosto just before Hurricane Wilma which sadly caused a fair amount of damage to the domes and washed away some of the coastline.

At the time of the sale, John Tosto had been advised by Bob Lee that with the sea levels rising, a seawall was going to have to be installed. A decade earlier and the Tosto family might have been able to get permission to do it, but in 2007, the Department of Environmental Protection and the Collier County Code Enforcement Board, ordered the cluster of houses to be removed altogether. The plans to renovate the dome homes were literally, dead in the water. 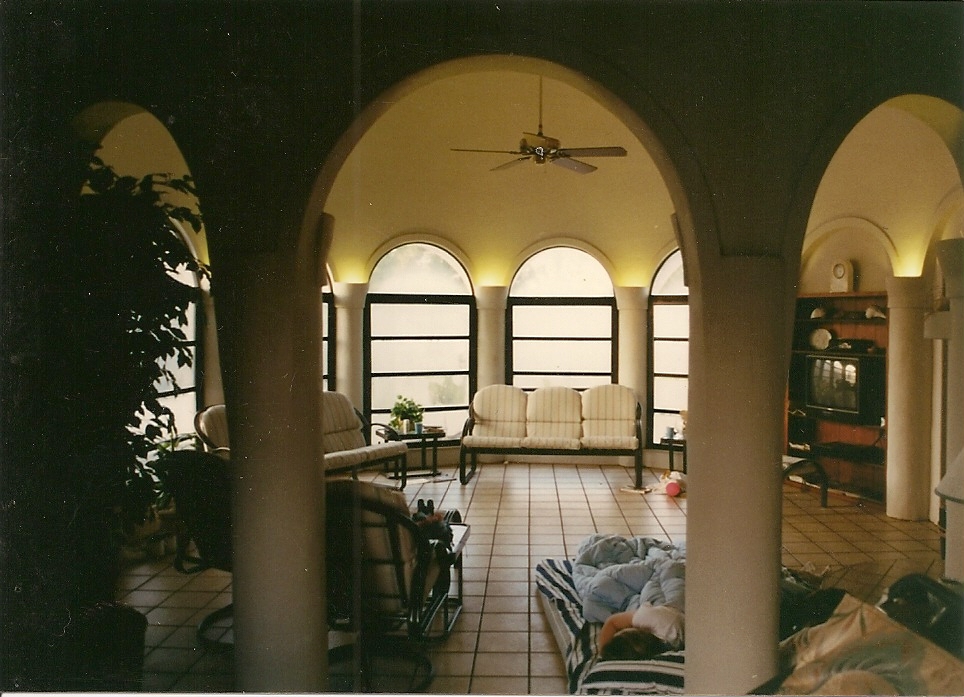 For unknown reasons, the Tosto’s never actually removed the houses, which resulted no doubt in a few hefty fines from the authorities, but left a pretty interesting site for locals and abandoned enthusiasts to explore. The domes are only accessible by boat now, nearly fully reclaimed by the sea, but locals sometimes fish off of them. “I remember when it was actually an exhausting walk to the beach,” Maples told Coastal Breeze, “It would break Daddy’s heart to see it like it is, but what he always said before he died was that it was worth it for the time he had it.”

As water levels continue to rise the home will most probably create a reef structure for aquatic life. 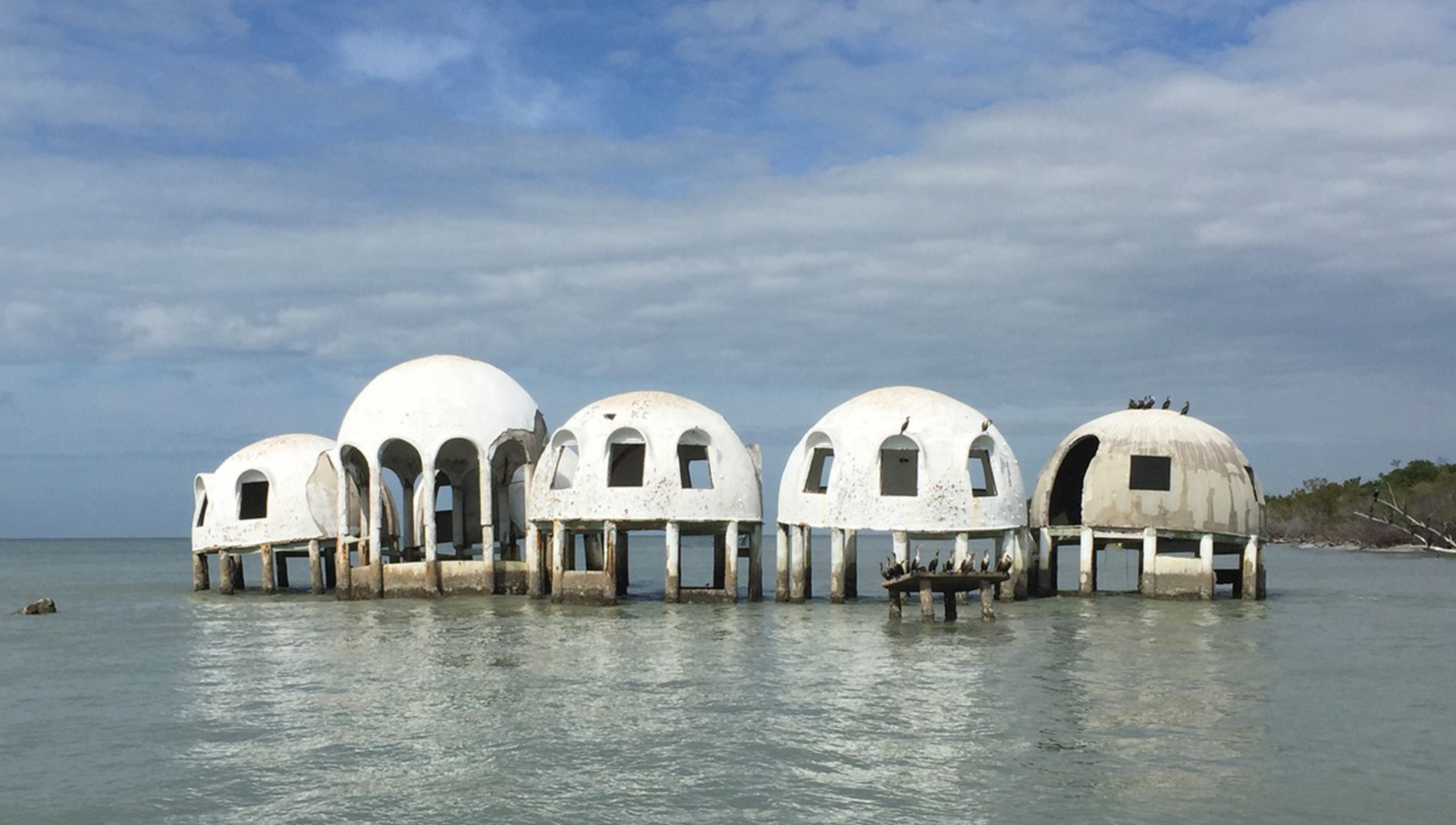