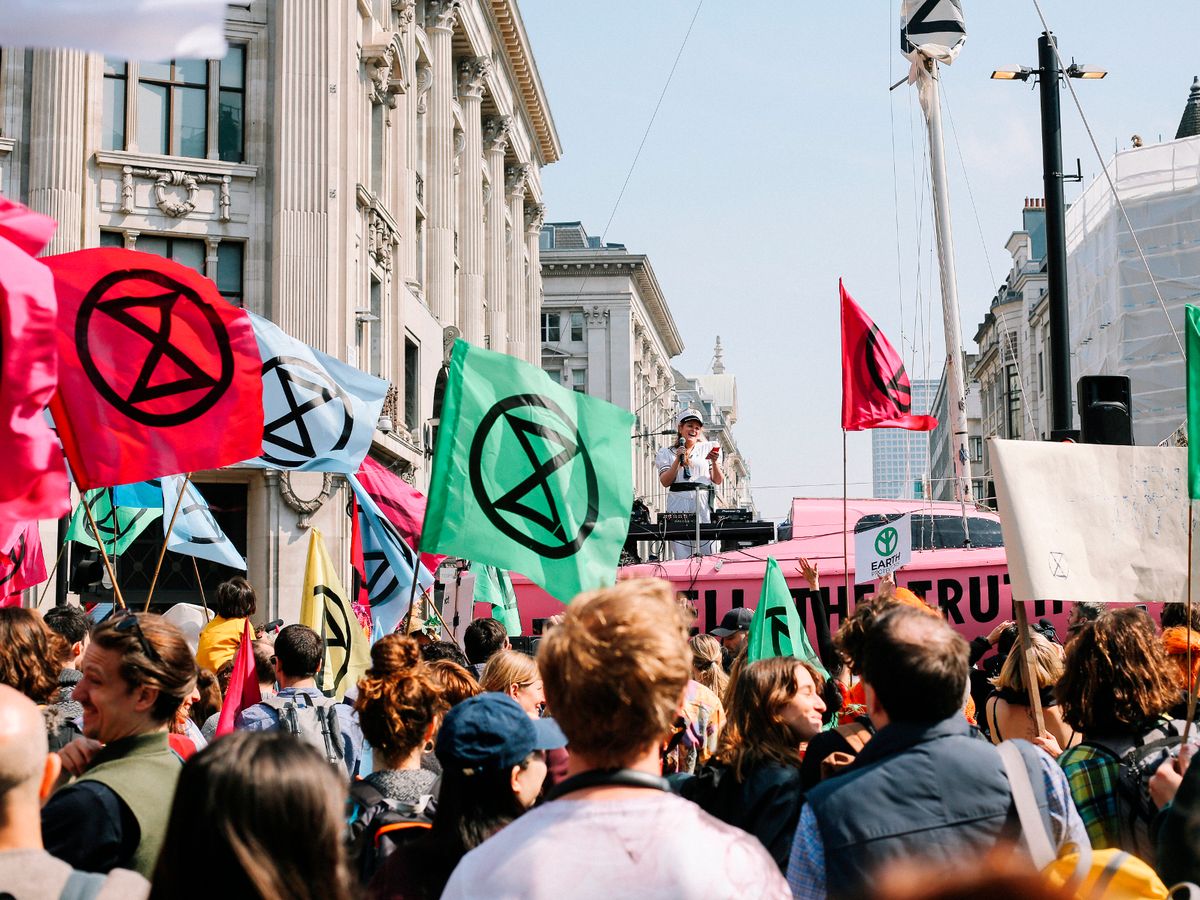 Campaigns for Our Planet

Campaigns for Our Planet

We have all heard about the mass protests within the UK in relation to climate change in recent months. Extinction Rebellion describes themselves as – “an international movement that uses non-violent civil disobedience in an attempt to halt mass extinction and minimise the risk of social collapse.” They have become the leaders in the growing number of protests in relation to climate change. On 31st October 2018, they assembled on Parliament Square in London to announce a Declaration of Rebellion against the UK Government. Since then they have grown to demonstrate in various ways, and have been shown in press and talked about all over the world. This publicity has helped create a discussion about climate change, even by those who do not support them, which ultimately is the main aim by the group, as many are still not aware of the growing issue we are all facing. 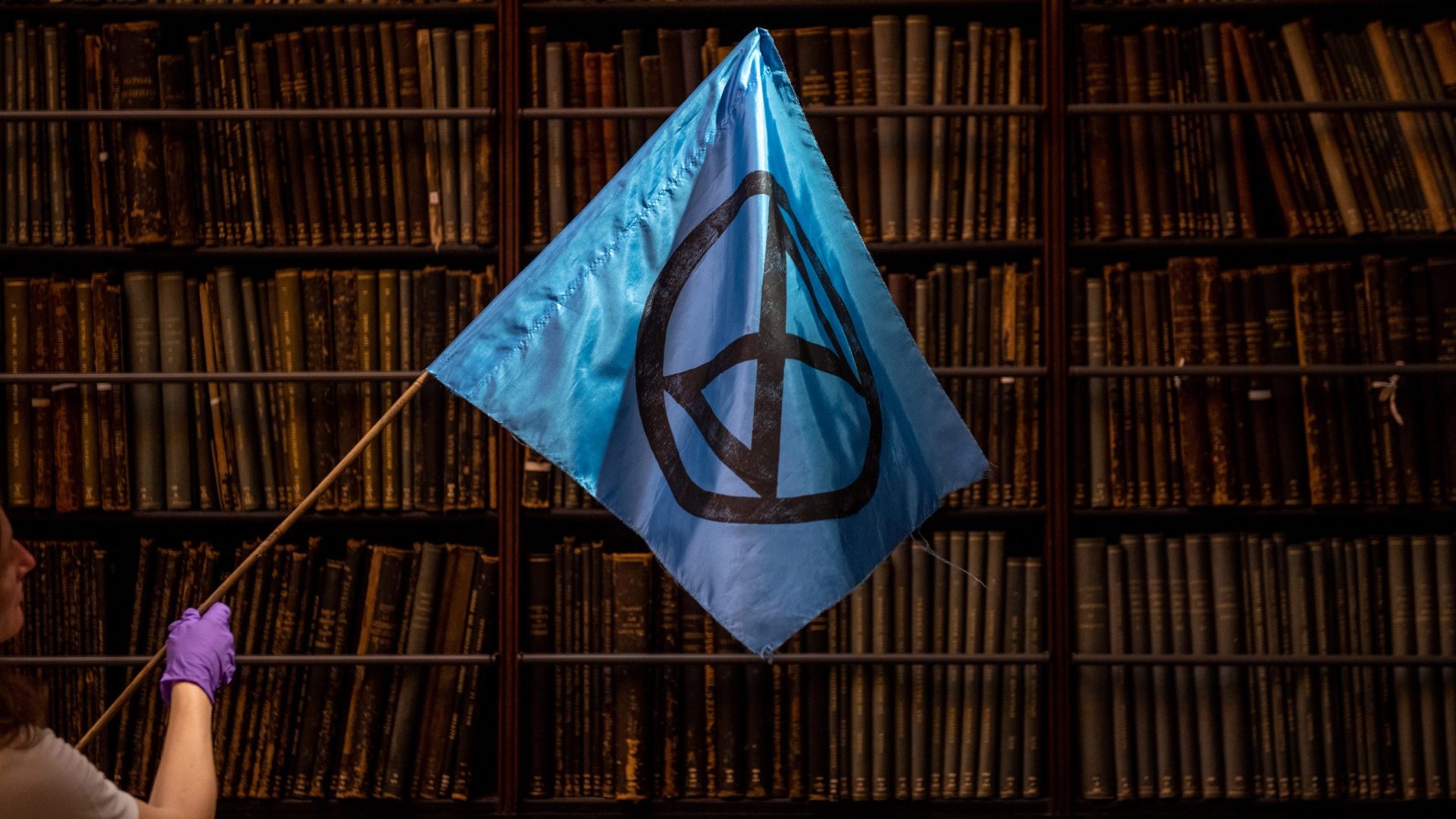 This year the V&A has announced that it is to put some artefacts from the Extinction Rebellion protests, such as flags, pamphlets and digital files, into their permanent collection. This may seem unusual, but many people have applauded the movement for their use of design. Their clear message and universal language has helped them to not only be seen as professional but also make them easily understandable and recogniseable. 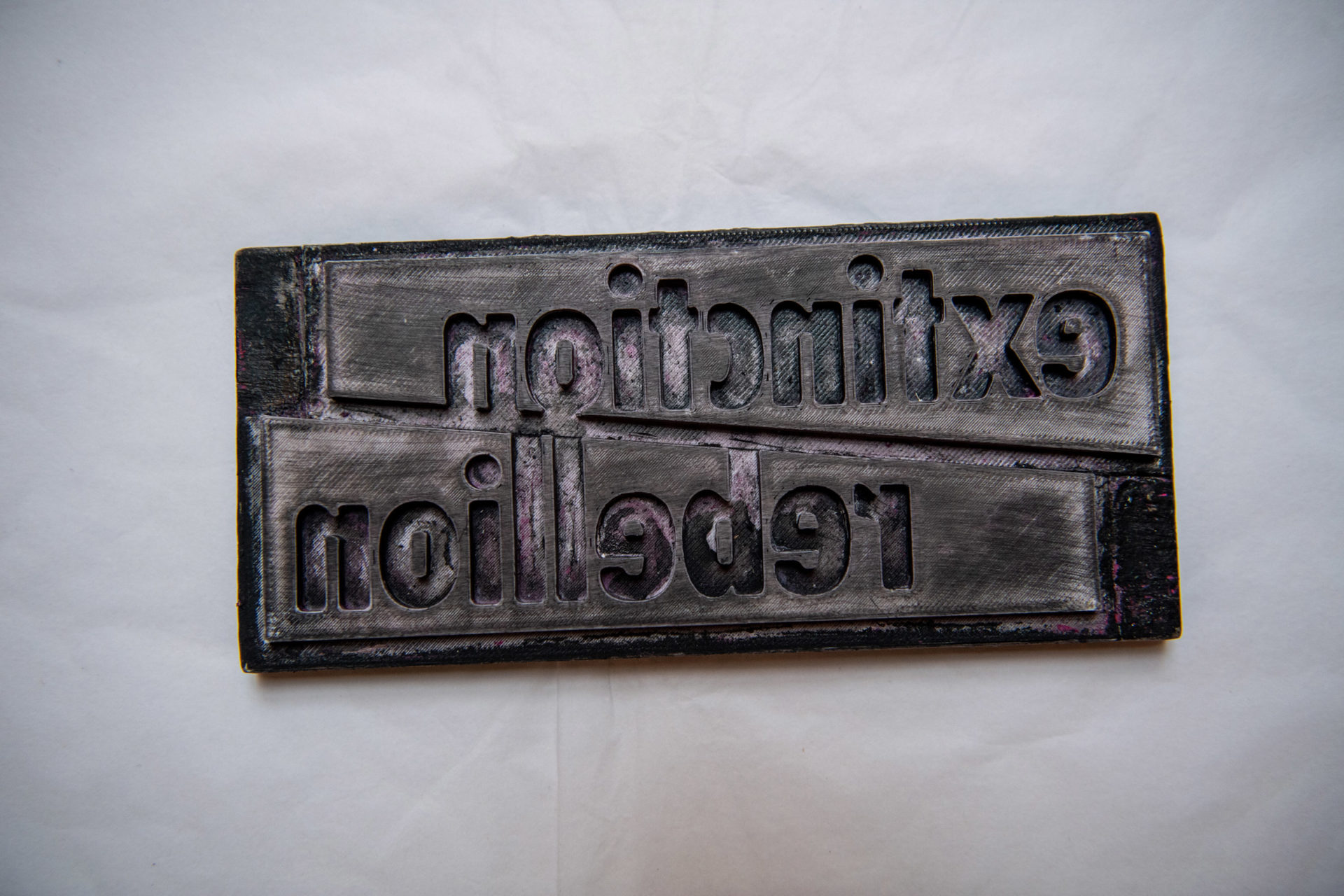 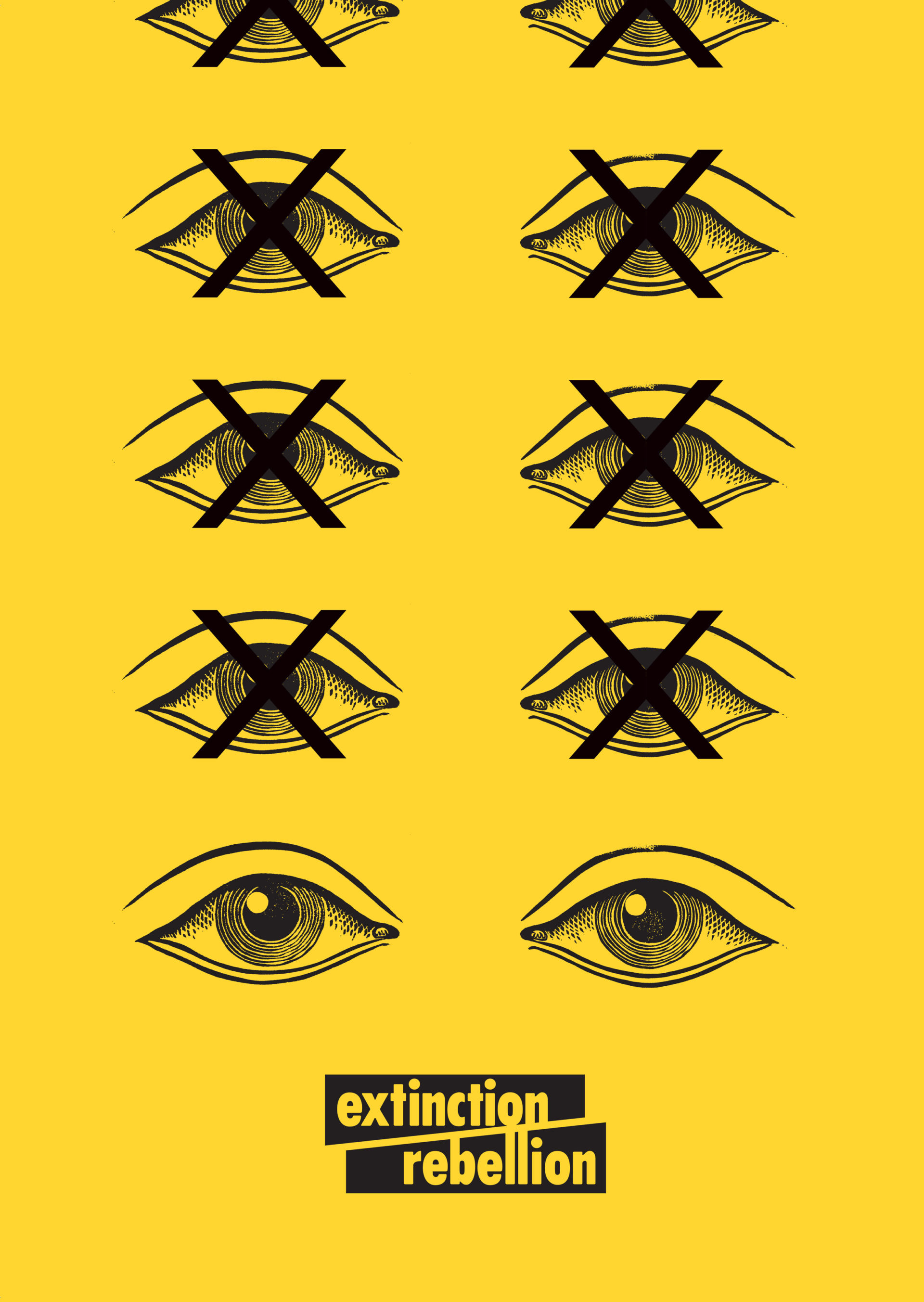 Within design and the arts, creatives are also using their work as a platform to create change. British fashion designer Vivienne Westwood is known for her stand-point in relation to Climate Change. She uses punk aesthetics within her clothes to spark conversation. Her recent show at London Fashion Week called ‘No Man’s Land’ was full of pieces with slogans about issues such as climate change, with the overall theme of the show being similar to a protest. She is encouraging people to buy less clothes, and ones of better quality. Westwood has also reduced her collections by half, and the SS20 line will be produced with as little waste as possible. Fabric offcuts, dead stock and discarded materials will also be used. 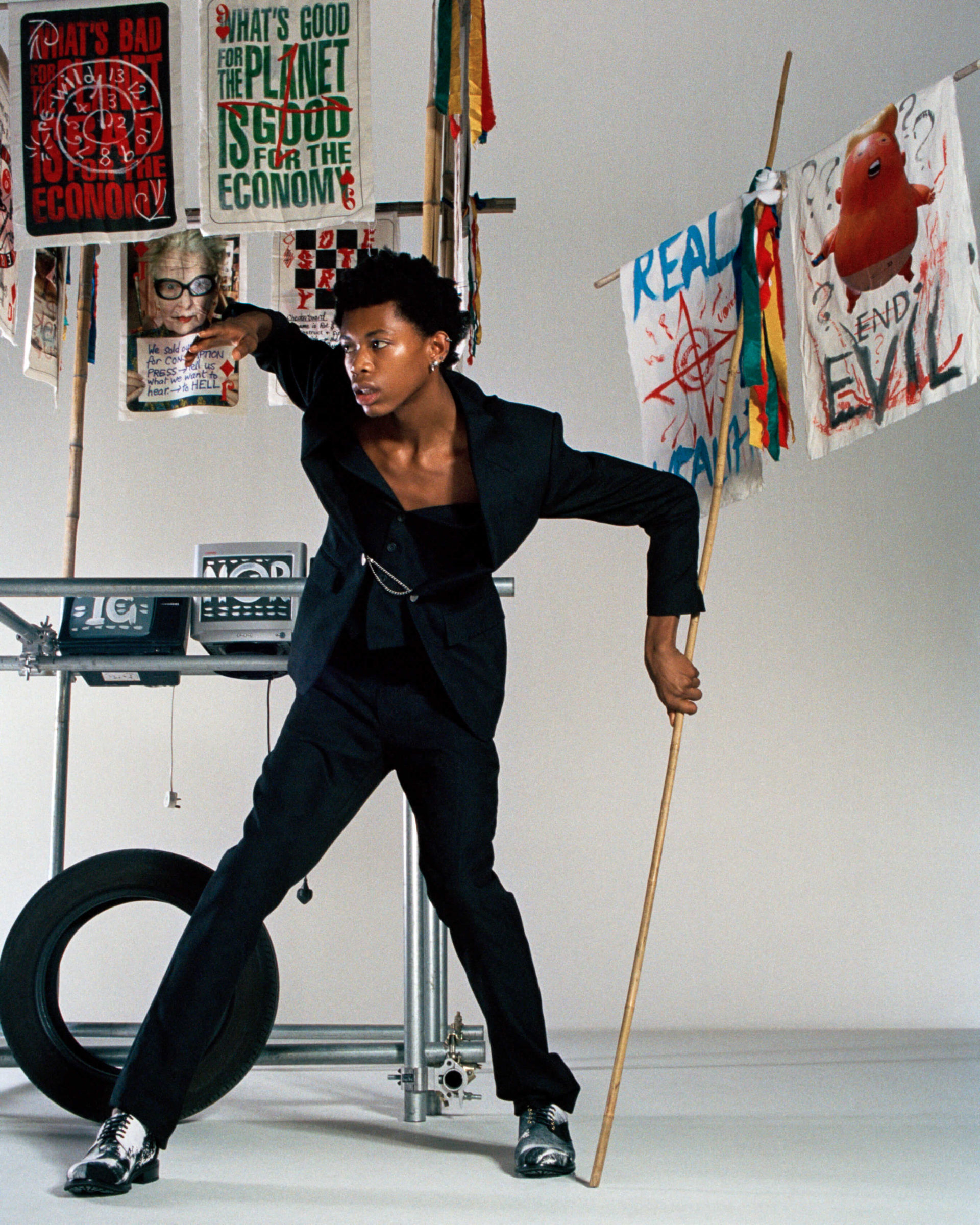 During the same fashion week Extinction Rebellion demonstrated outside the shows. This is in response to the sustainability issues with fashion, especially in relation to fast fashion. Fashion is the second largest polluter in the world, just after the oil industry, and these issues are only increasing with consumption levels rising.

Westwood has also began to look at solutions outside of fashion design and instead look to economics. She has recently released her ‘One World Rent campaign’, where she believes we should ban private land ownership to improve the climate crisis. This campaign suggests that all land is owned by a responsible government on behalf of nature. Westwood believes that land belongs to nobody, and that everything that nature gives us is free. Therefore how can it be privately owned? 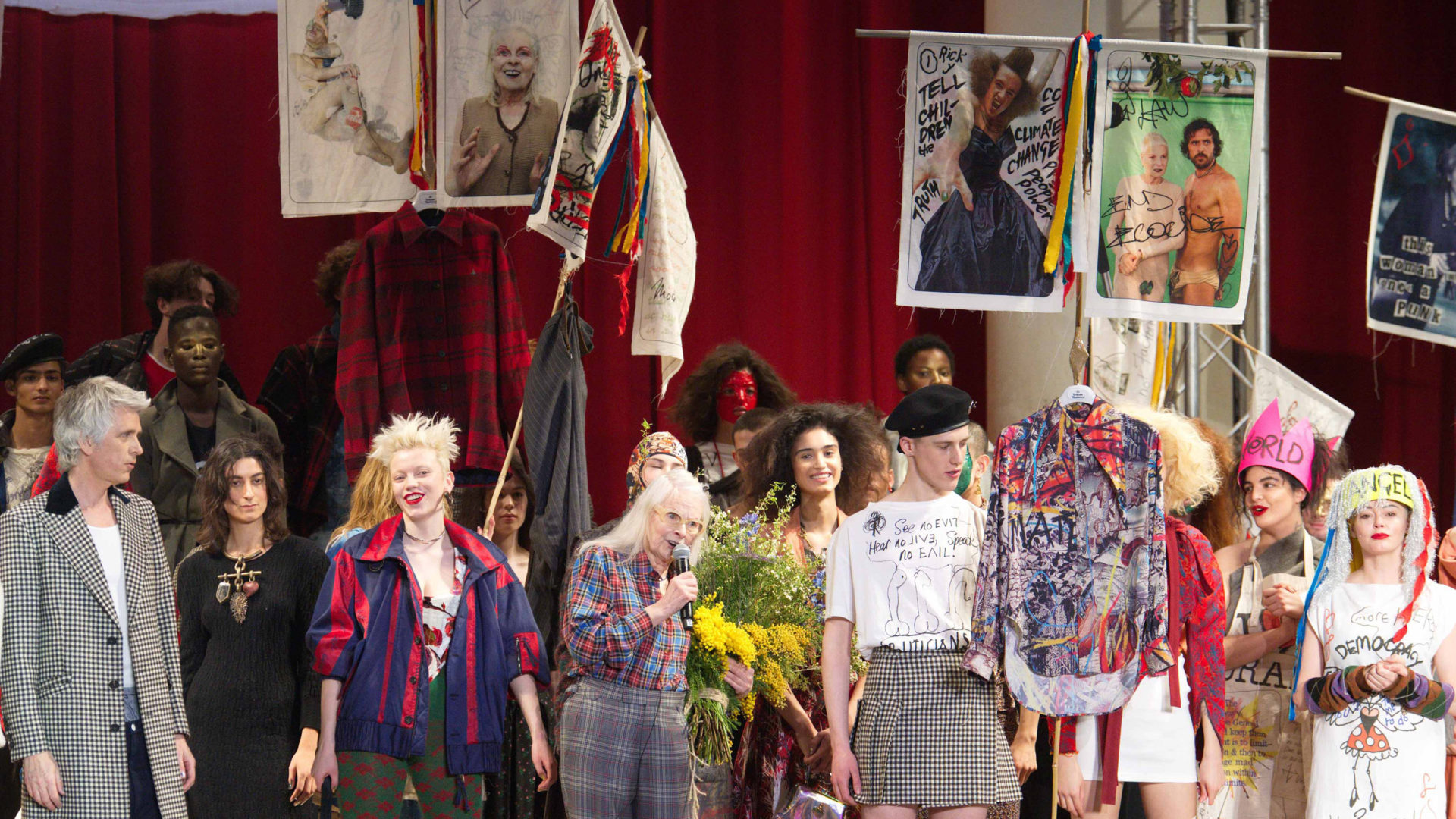 She mentions “when I say land, I’m writing it with an asterisk – land* – because it means the biosphere, including humans, and their cleverness, as well as the ocean and airwaves and the treasure under the ground.” (Westwood, 2019)

The campaign runs alongside a designed set of symbols used within the manifesto. These symbols have been transferred onto a set of graphic playing cards to represent her camigan. These cards will be part of an art exhibition, which she is organising in a bid to raise £100 million to help the rainforest, along with a £1 million banner she has created. 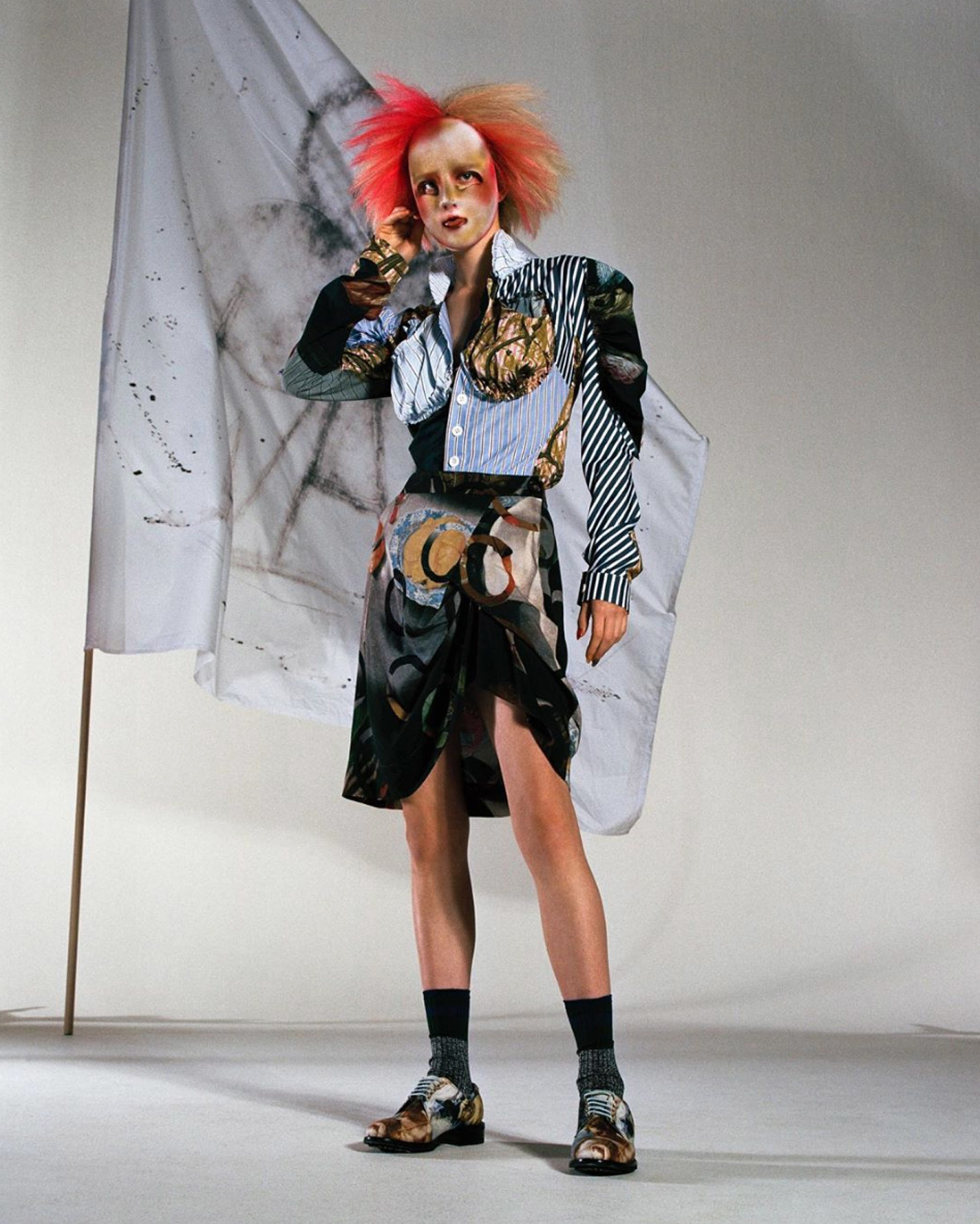 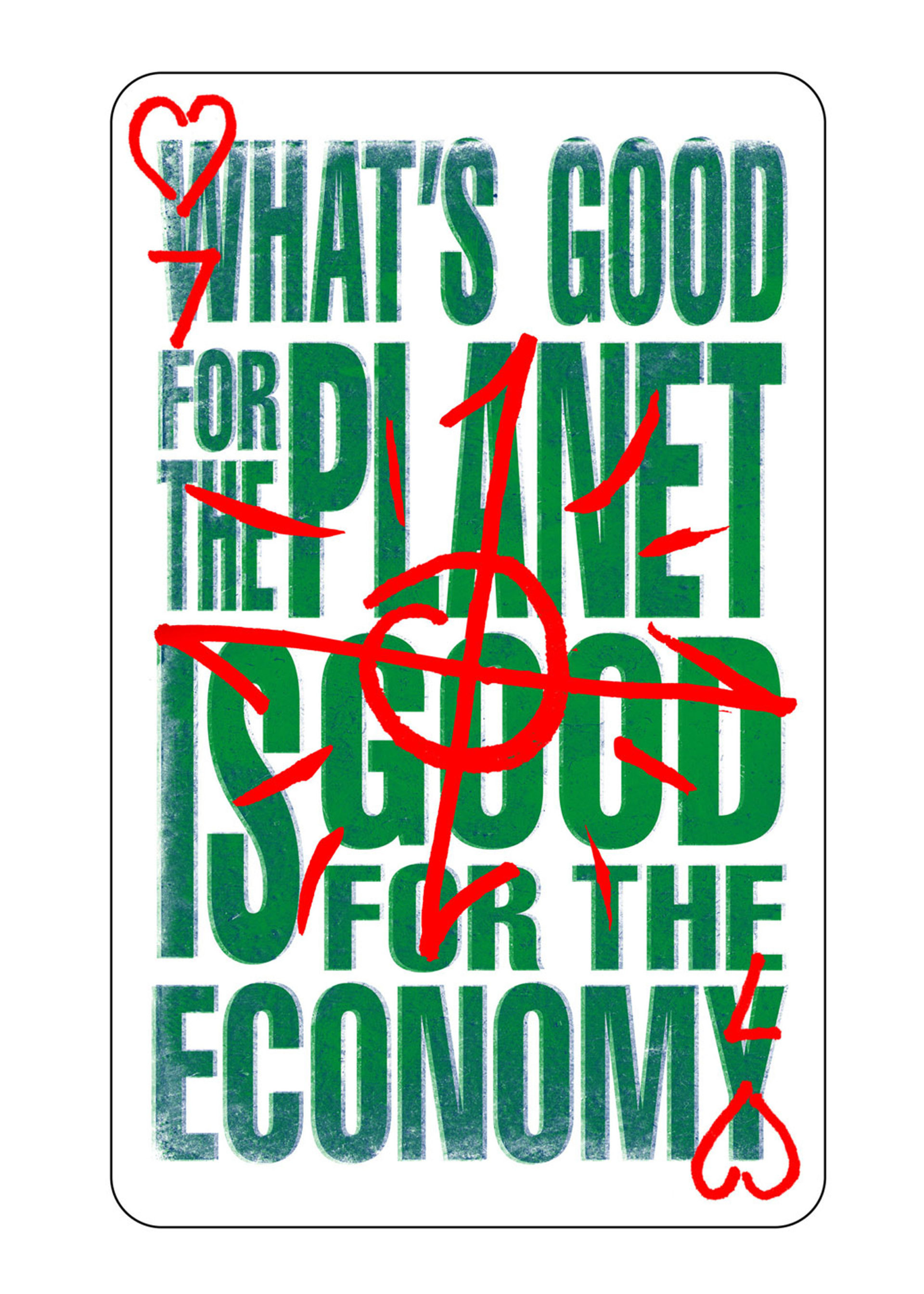 Westwood’s campaign and SS20 line may seem ‘out there’ and a bid to make news. But as the front runner of punk we have to applaud her shift to look at environmental issues. Fashion is one of the biggest trend leaders, so it seems like the perfect platform to express important issues. If we are to look from this standpoint while also creating new materials to improve fashion textiles and production methods we could see this sector become a key factor in changing the environmental crisis, but in a more positive way.

Design is a voice which is universal, so if done properly we can use it to create mass change.