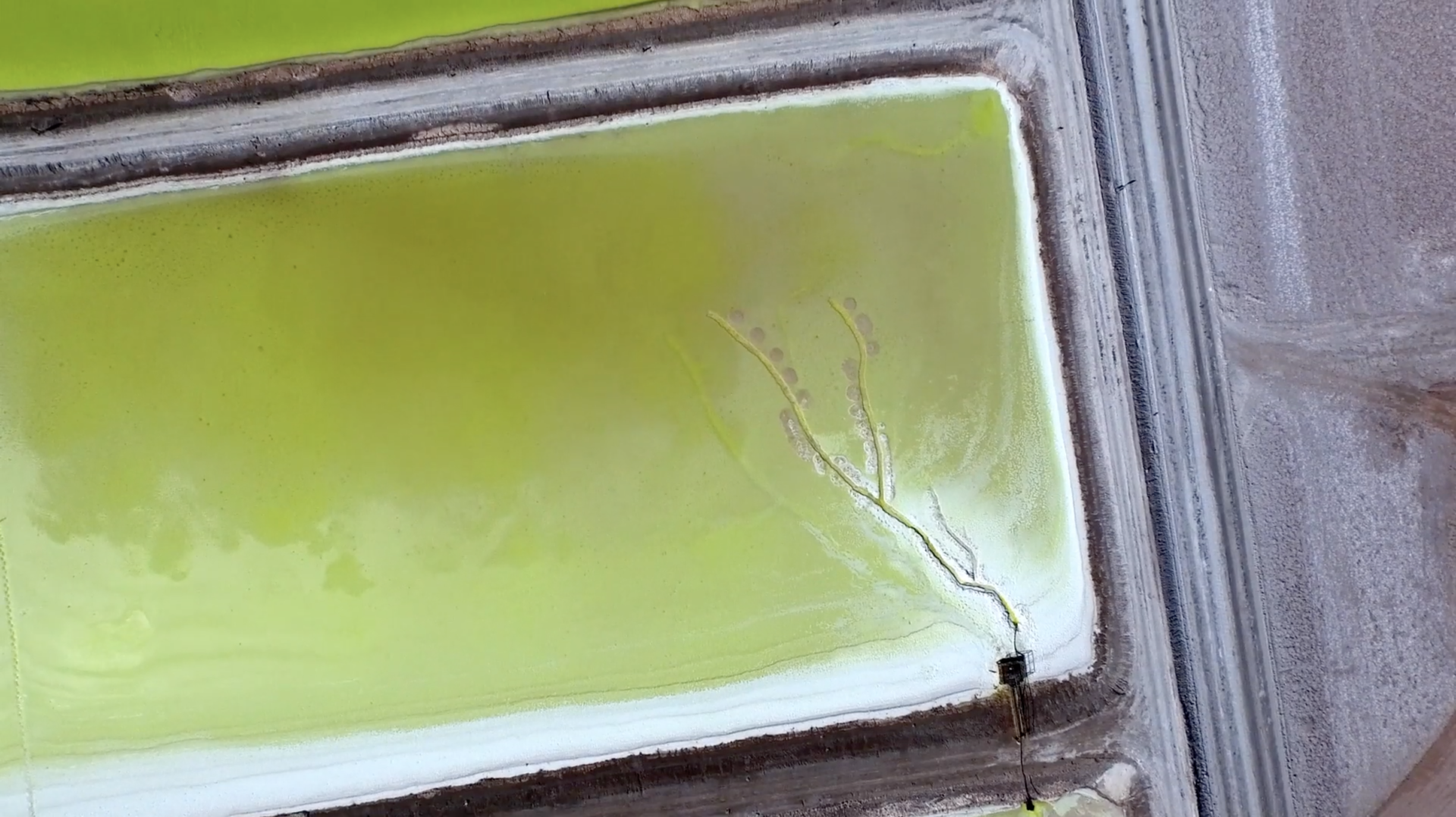 Atacama: Materials from the Desert

Atacama: Materials from the Desert

The Atacama Desert, stretching from southern Peru to northern Chile is the driest place on Earth. This is due to how high it sits, meaning moisture cannot reach it from the Pacific or Atlantic Oceans, and it receives less than 1mm of rainfall per year. The otherworldly landscape contains vast salt flats, active geysers and blue lagoons. It is even being used by NASA to test instruments for future Mars missions. But one of the things the region is most famous for its mining, as the desert has deposits of copper and valuable other minerals. 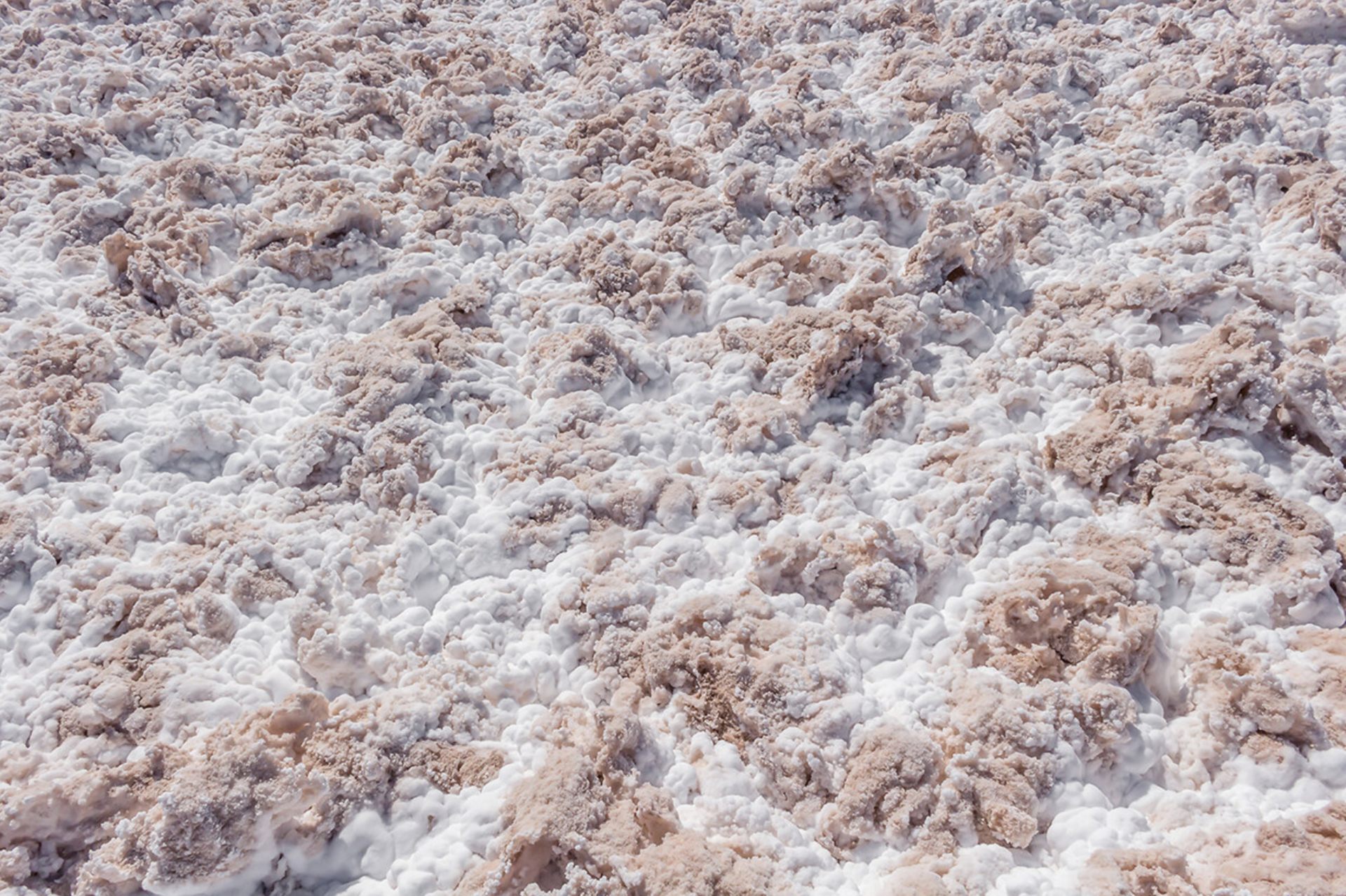 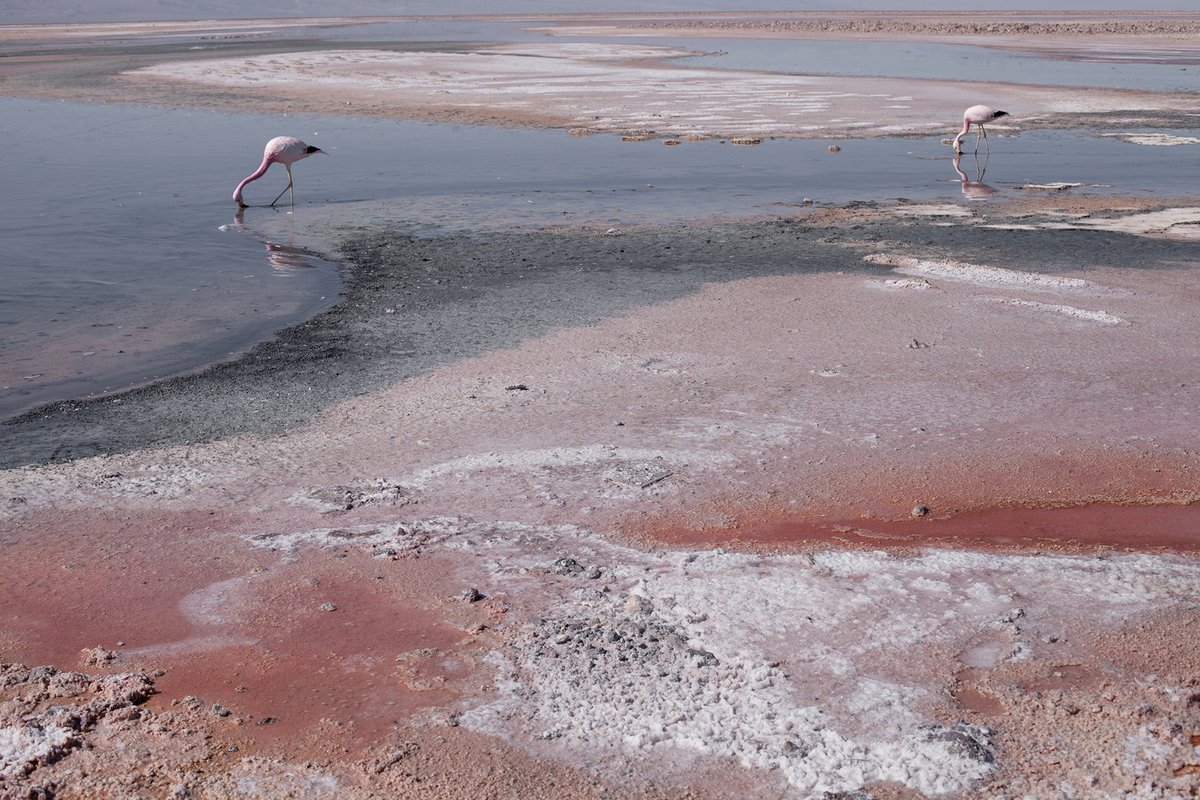 Chilean architect Mále Uribe Forés uses salt as a medium for her work. She has turned salt into reactive wall tiles for her project Salt Imaginaries, while she was a designer in residence at the Design Museum in London this year. Salt Imaginaries investigates minerals and extractive processes from the Atacama Desert. 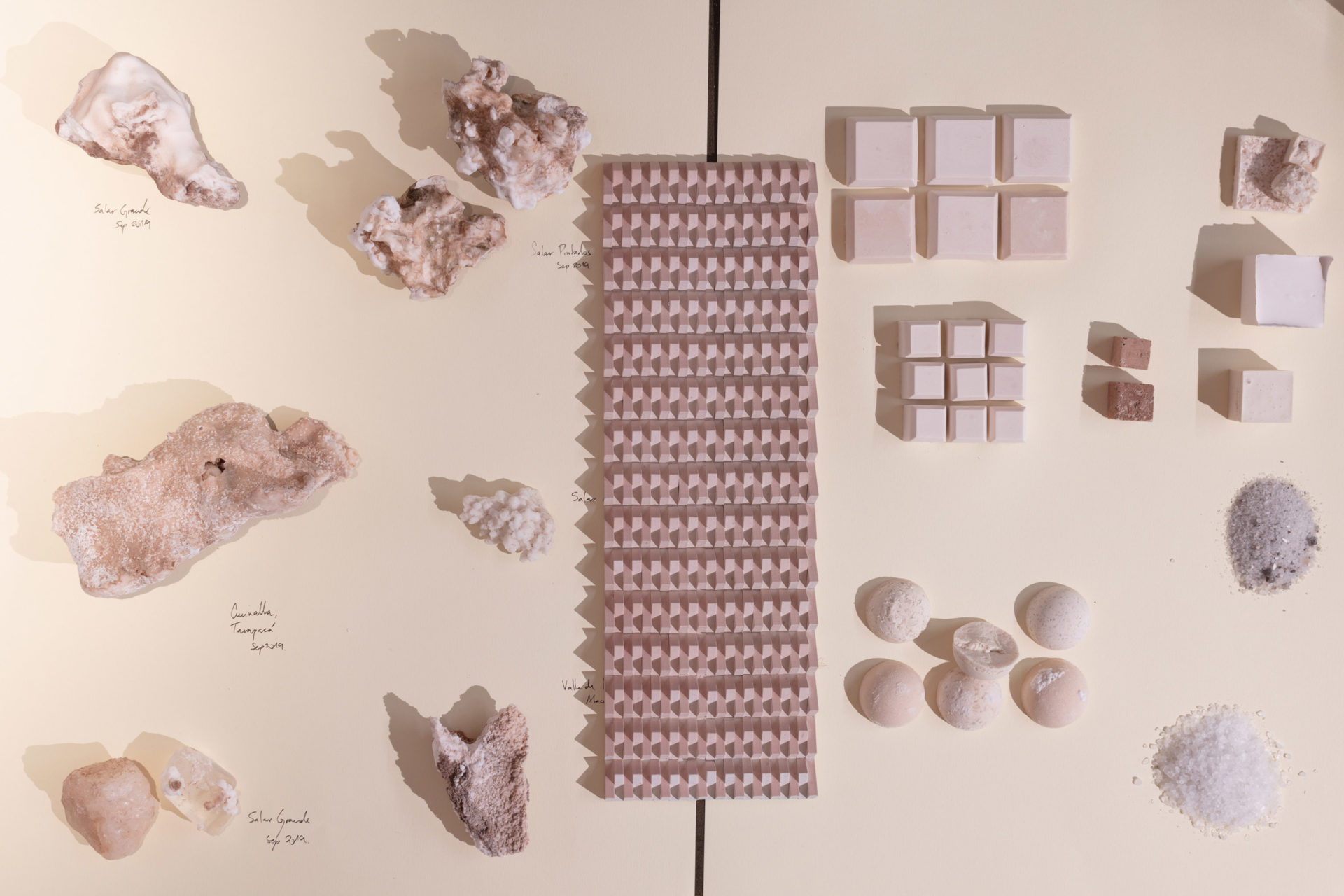 The geometric wall tiles, that are placed in rows to form a three dimensional typography, will crystallise and grow over the course of the installation due to humidity and temperature. Around 1,300 tiles made from plaster and salt, taken from the Atacama desert in Chile, make up the wall. Forés’ ongoing research focuses on re-thinking the value of disregarded minerals and mining waste. 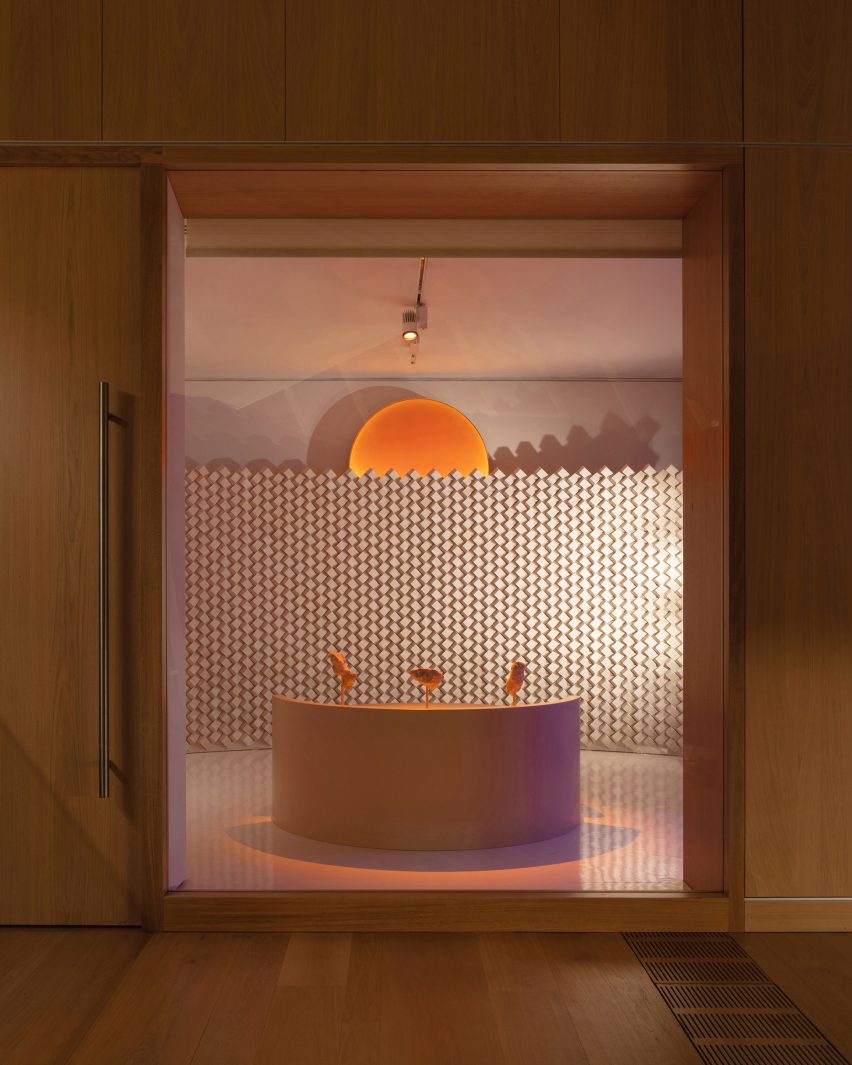 She experiments with the materiality of saline residues, collected from discarded salt from lithium evaporation processing, and residue found on the roads of the mines. Salt has anti-bactericide and preservation properties, and can also be naturally hydrophilic. The final exhibition at the Design Museum is comprised of shifting kinetic lights, sound, films and sculpture. Inviting people to reimagine relationships between themselves and natural environments. As well as looking at all different aspects of materiality in a time when we are facing an environmental crisis and biomaterials are becoming more prevalent. 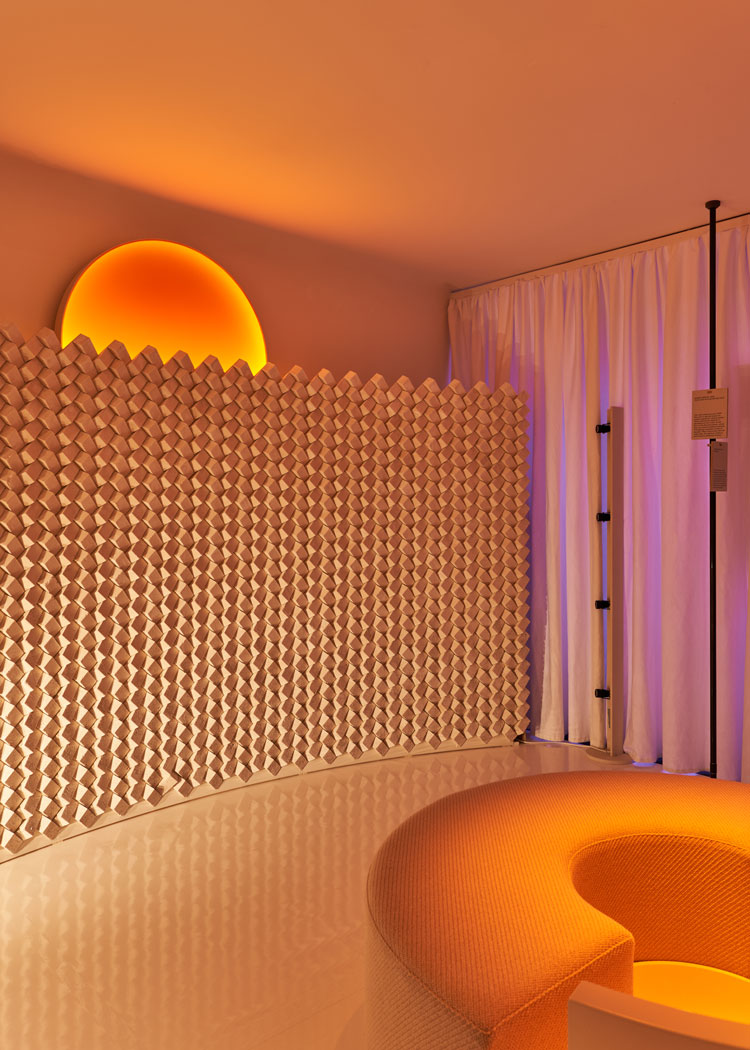 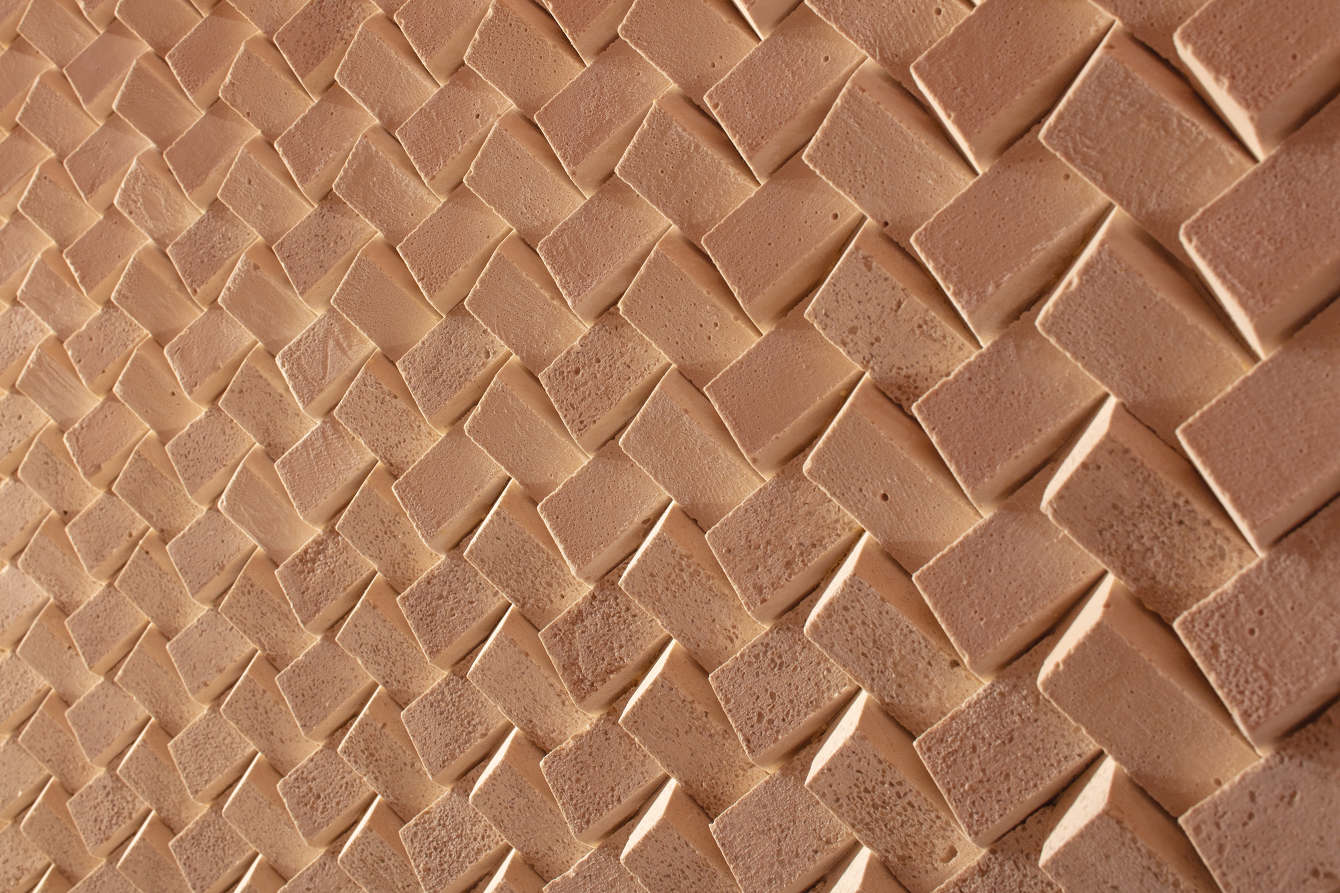 The Breast Milk of the Volcano by Unknown Fields focuses on the desert region of South America. Unknown Fields is a design research studio. The film was shot in the lithium evaporation ponds at the Uyuni salt flat in the Atacama. According to traditional indigenous narrative, the salt flat was created from the breast milk of a weeping volcano. Below the world’s largest salt flat is lithium, the key ingredient in batteries. This drone footage captures the lithium mine evaporation pools, with a voice over taken from an Elon Musk presentation, as Tesla has agreed to build the world’s largest lithium-ion battery storage project in South Australia. From this landscape the design studio have created a new glass battery. This project looks at how technology is formed of the earth, even though we look at new technologies as far away from nature. Therefore, we must understand how things are made and how the process interacts with our environment. 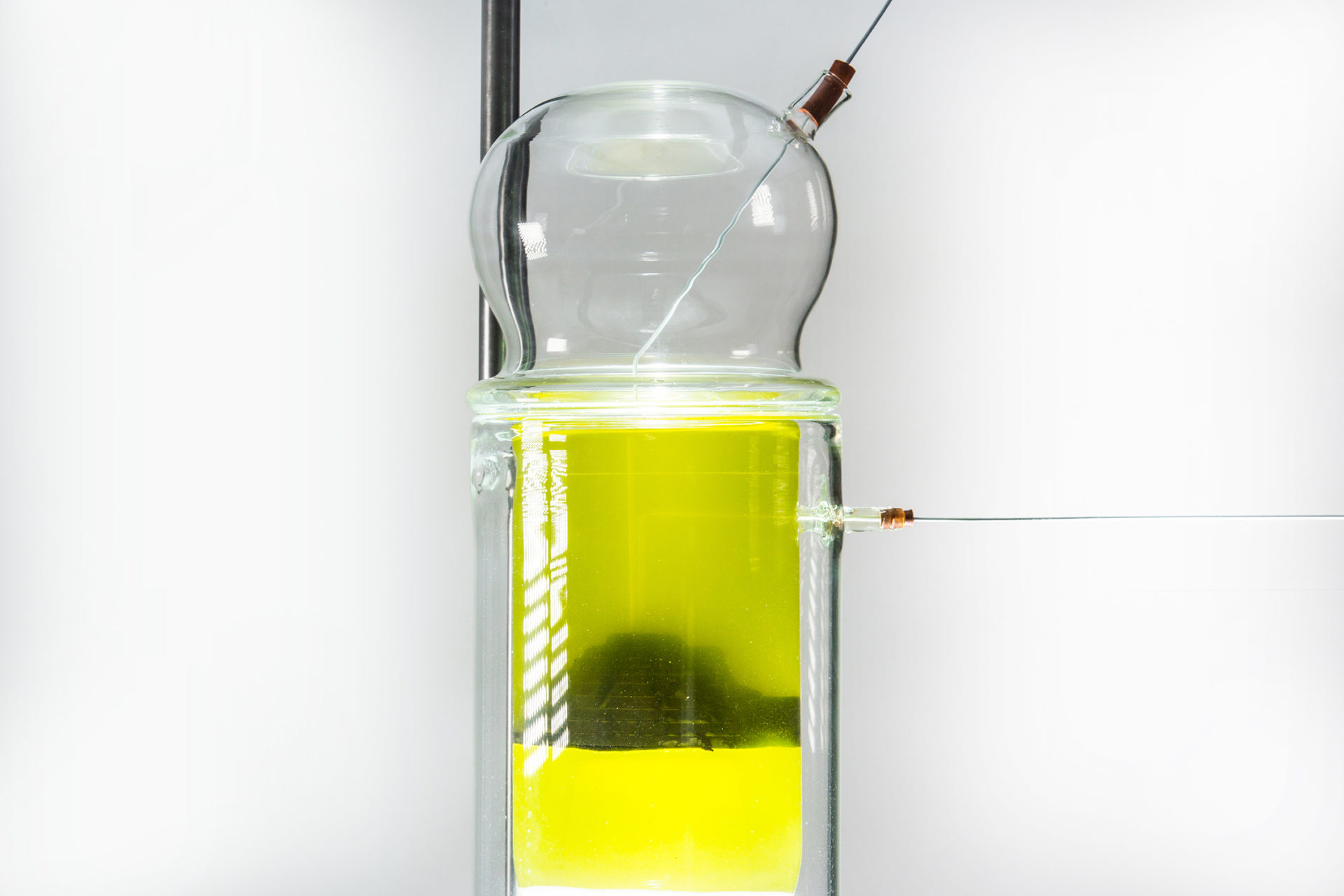